Tonight continues the series of Women Who Rock, and it is going to be a doozy over at 12th & Porter.  Hosted, as always, by one of our local faves and a champion for female musicians all over the country, Anna Haas has gathered another impressive bill of artists. This third episode of her bi-monthly series features performances by Daphne Willis, Allie Farris, Valerie Mize, and Heidi Burson. We’ve run down a little preview of all the artists below so you can get a glimpse of what you are in store for tonight.

Raised in Texas (to an audio engineer and a classically trained vocalist) and bred in Chicago, Daphne is no stranger to the open road.  After dropping out of DePaul to pursue her craft, she hit the road and quickly began racking up dates across the US.  After a Vanguard Records exec heard her self-released debut EP Matter Of Time, Daphne had the deal to release a second EP (Exhibit A), and inspire a move to Nashville to record her first two full length releases (What To Say and Because I Can).  Her work continues to expand with her most recent EP, Inside Outright, where she continues to collaborate on her earlier pop work with the likes of Hunter Davis, Chris Faulk, Angela Lauer, John Oates, Keri Barnes and Tim Lauer.  You can get a taste of what you can expect tonight… though probably sans the Cookie Monster.

Allie Farris is a force to be reckoned with in her own right. Recognized by folk and jazz circles alike, Allie attended Berklee briefly before relocating to Nashville to further hone her craft. You can get to know a bit of her music from a recent Gigging & Grubbing Session that she did below.

Mize has been pinging our radar off and on for the past year or so. The Okie raised, NYC bred, now-Nashville resident has been gracing the local venues and watering holes of Music City with genre stretching performances. You can see one of those styles below in her official video for “Promises”.

Totally new to us, Burson’s range is something that we will be arriving early to see in person. The deep and somewhat sultry tone that she produces will surely silence most any room that she is performing in. Check out the track “Every Shade Of Blue” below to get just a taste of what we have discovered. 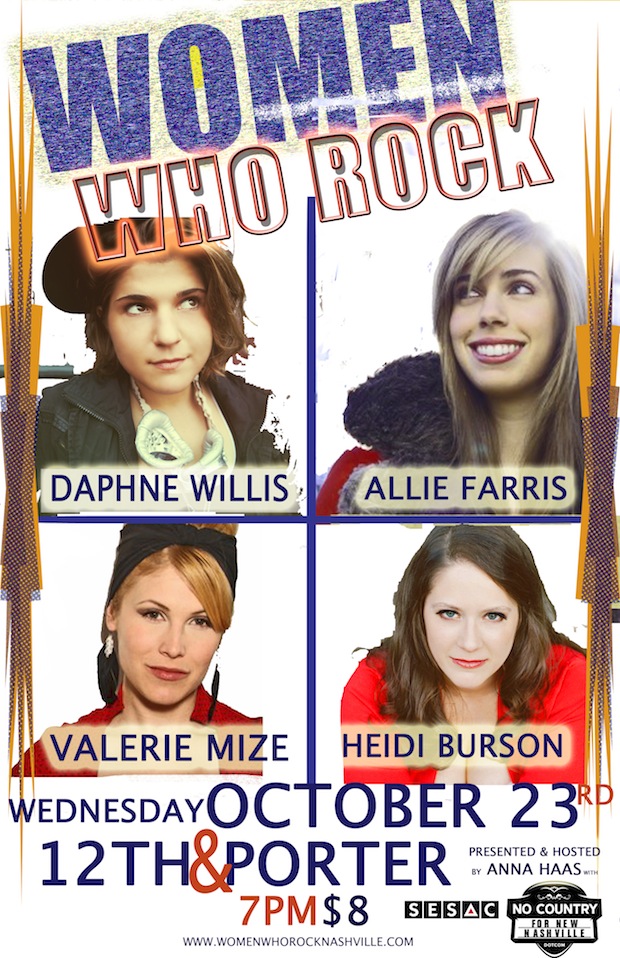