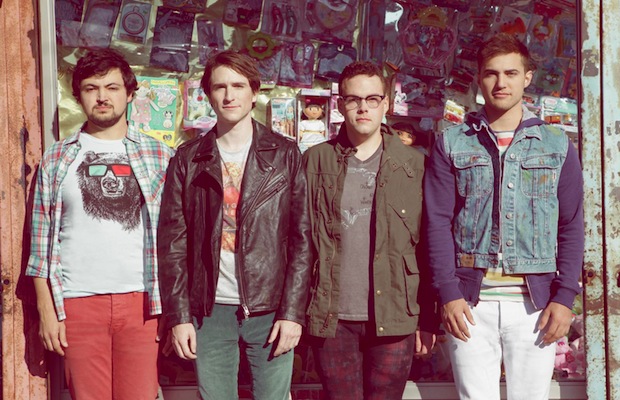 It’s not often that Cannery Ballroom hosts all ages shows, but TONIGHT fans of indie rockers Walk the Moon and electro-rockers Magic Man of any age are welcome check this one out! We loved Walk the Moon when we saw them at Bonnaroo (twice in fact – they also played an incognito set as “Kaleidoscope Space Tribe”), and, if you’re not familiar with the Ohio group beyond the breakout success of their single “Tightrope,” you owe it to yourself to give their entire, eponymous debut a listen. Grab those tickets online ahead of time, and find out more about both bands after the jump!

Cincinnati poppy, indie rockers Walk the Moon seemingly catapulted to success over night – but don’t be fooled, they worked hard for it. Following several years of self-released music and relentless touring, the group exploded onto the scene with their 2012 self-titled, major label debut and its two singles: “Tightrope” and “Anna Sun.” They have the performance chops to back every ounce of that hype, and their live show is endless fun and nonstop energy. Strap on those dancing shoes and check them out!

Hailing from Boston, dancey, electronic-infused, indie pop act Magic Man are about as perfect a pairing with Walk the Moon as we can imagine. If their live show is half as good as their brand new EP, You Are Here, you’re going to want to show up early to watch them warm the place up!

Walk the Moon and Magic Man will perform TONIGHT at Cannery Ballroom. The show is ALL AGES, begins at at 7:30 p.m. (doors at 7 p.m.), and tickets are available for $22.