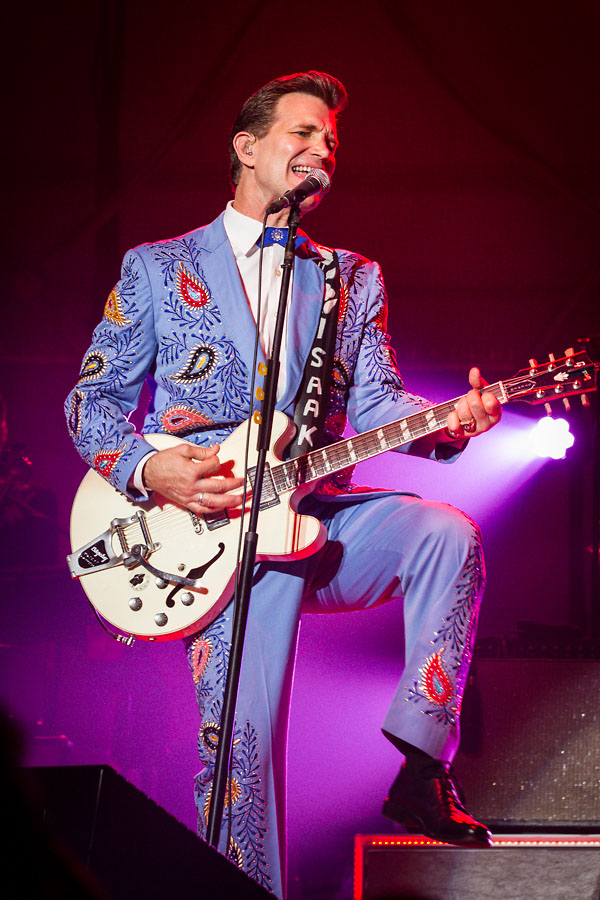 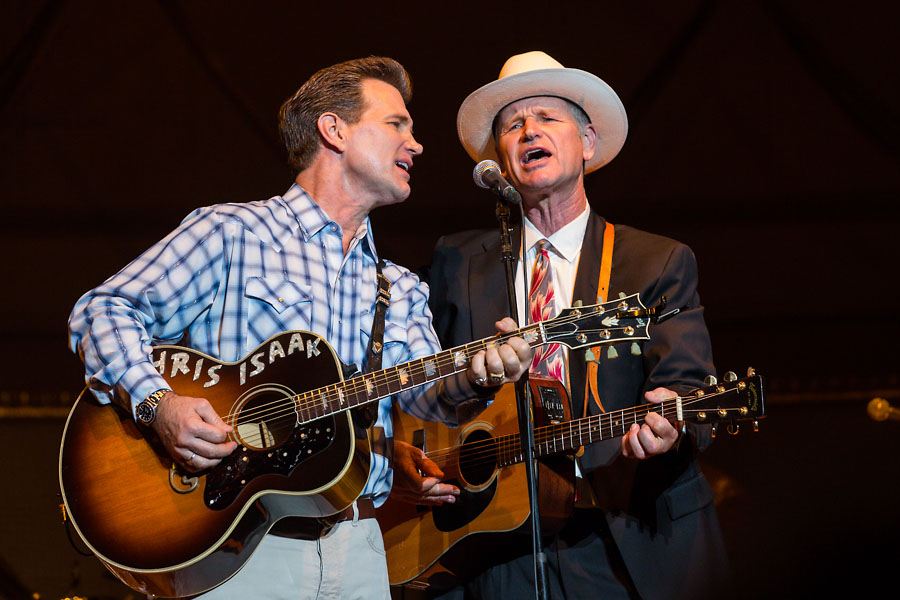 The night began promptly at 7pm with an acoustic set from Chris’s older brother Nick Isaak. A few songs in, the younger Isaak came out to lend his vocal talents to the mix, but still gave his brother plenty of time to shine in the spotlight. It was truly a treat to watch the two brothers connect on a musical level which felt more like an intimate performance that one would see at a family gathering. 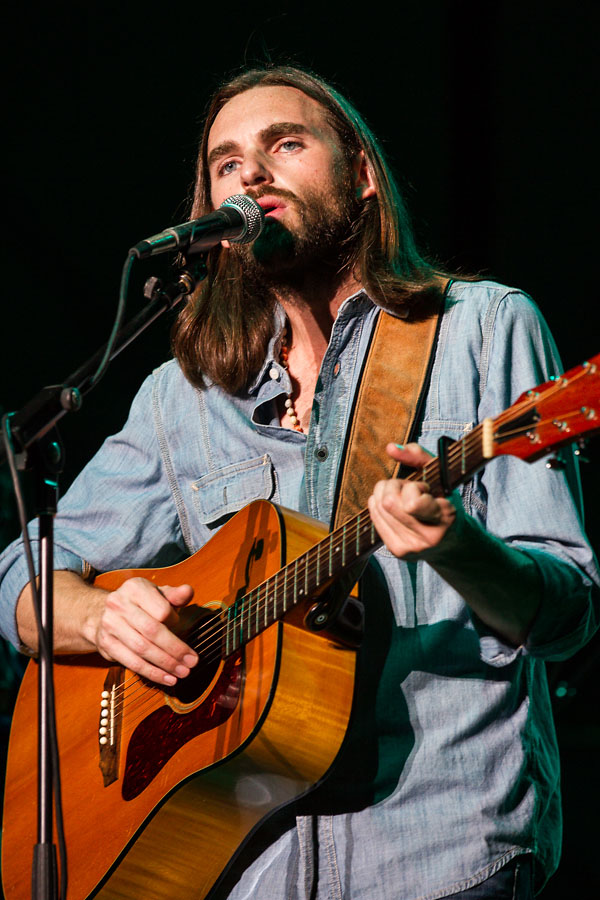 Next up was Nashville-based songwriter Sam Lewis, whose smooth vocals echoed the stylings of James Taylor combined with the river/roots rock style of Chris Robinson. The crowd was ecstatic as guitarist Kenny Vaughan walked onstage, though Vaughan kept his playing simple and tasteful during the set in order to best showcase Sam’s songs.  During the last song of the set, Vaughan let loose on guitar, eliciting wild applause from the captivated crowd. If you get a chance to see this fellow play with his trio (The Kenny Vaughan Trio), you’ve got to do it. You might find Kenny at 12 South Taproom, or even downtown at Robert’s Western World. Check out his Facebook to stay up to date on his upcoming shows. Sam Lewis has multiple local shows coming up as well, and you can scroll down to the end of the review for details. 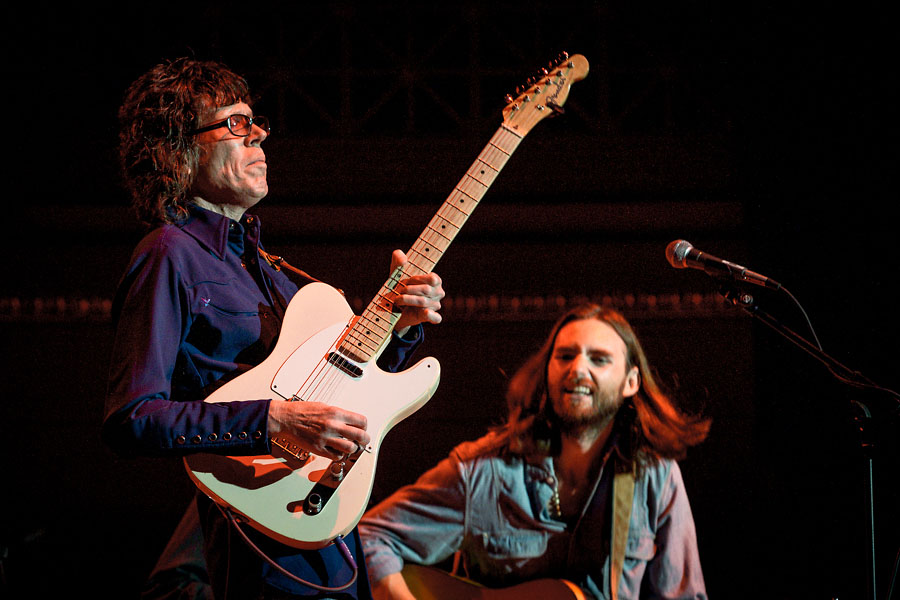 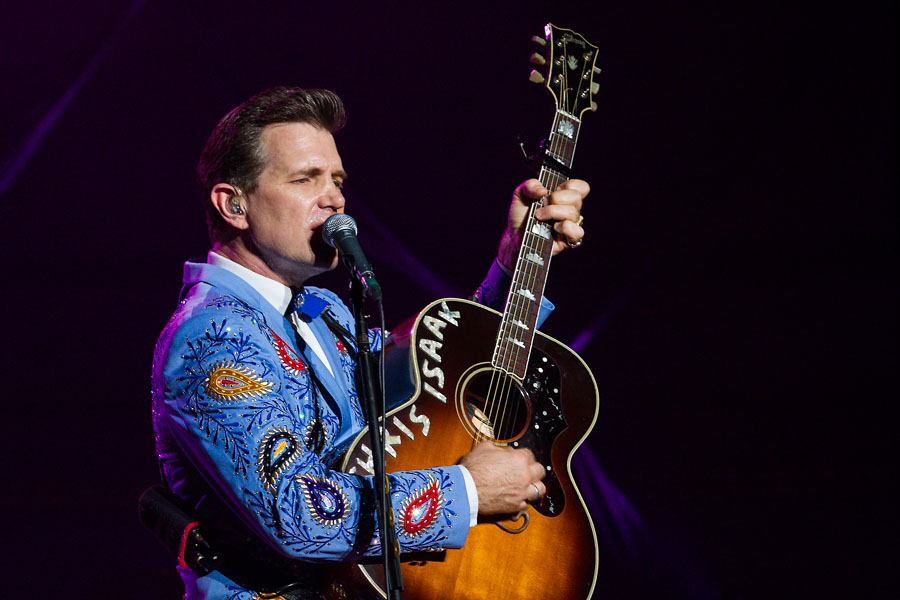 Chris Isaak literally sang his way through the crowd at War Memorial during the course of the evening, and even gave away a guitar to one lucky female fan, who – much to my dismay – was not me. Isaak enchanted the crowd, and kept the set feeling current while covering rockabilly greats like Jerry Lee Lewis and Elvis Presley. During the set, Isaak proved that he’s far more than just a singer of covers, and tugged at our hearts with self-written songs like “You Don’t Cry Like I Do.” The overall feeling of the concert never got too heavy, though, as midway through the show Isaak invited the crowd to get closer and to dance near the stage. After that point, I was dodging women who screamed and held their arms up in the air if Chris glanced their way. Oh wait… that was me. 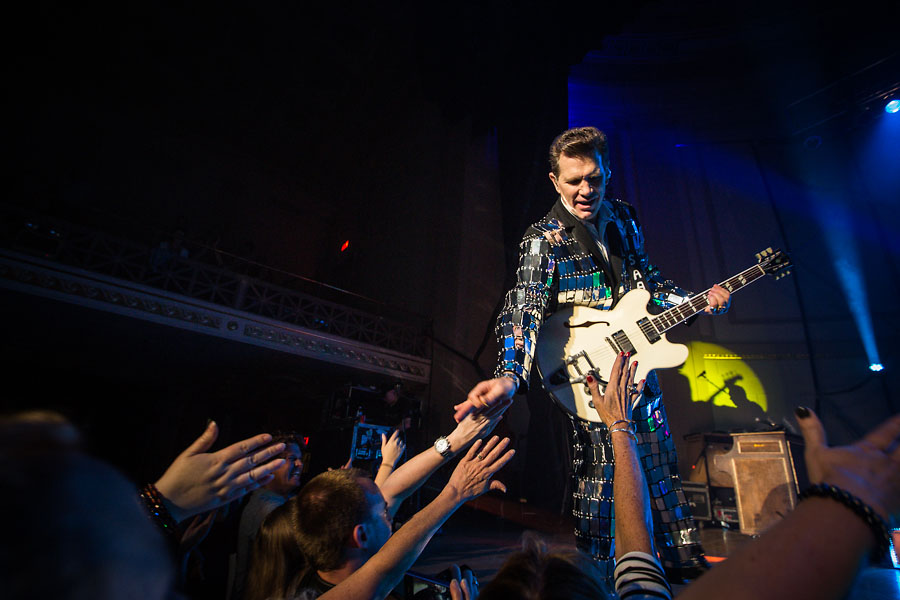 Since Chris & his band just wrapped up this leg of their tour, they may not be back to Nashville for a bit. However, opener Sam Lewis has a busy show schedule ahead of him, including several Nashville dates.