[Review + Photos] Live On The Green| Moon Taxi, The Weeks, Will Hoge, & The Wild Feathers 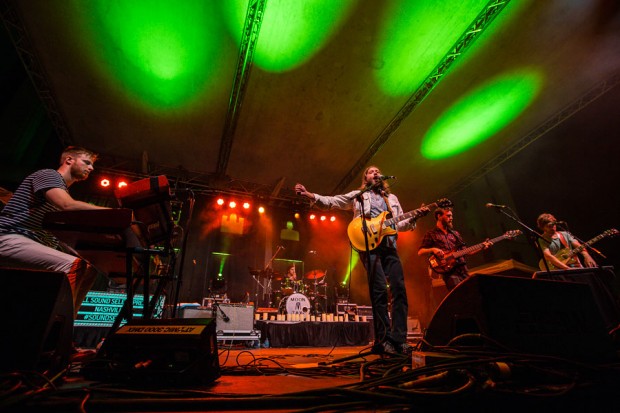 Live on the Green has come and gone for 2013, and they may have just saved the best for last.  Featuring an all-local bill, last Thursday’s finale was very reminiscent of the first LOTG from 2013, when rain and thunderstorms pounded Nashville for most of the afternoon.  In similar fashion though, the rains passed through minutes before the festivities got going.  We were treated really well this year at LOTG with passes that let us wander and explore all of the different levels of VIP.  For those of you that are able, the upgrade to VIP is definitely worth the little expense.  Something to think about for next year.

Below we have our review of last week’s Live On The Green finale along with a bunch of fantastic photos from Shawn Jackson. 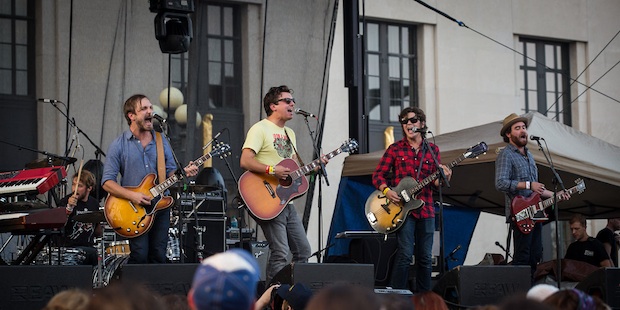 Local roots rocking stalwarts The Wild Feathers got the night started.  I’ve seen them on several occasions in Nashville already, so I may kinda take them for granted.  It was a breath of fresh air to run into a group of friends who passed up a birthday party that night because they just HAD to see The Wild Feathers.  They killed it out there, and it brings me back to reality a bit to remind you to get out to see their next local set before the rest of the country figures out who they are and keeps them out of town more. 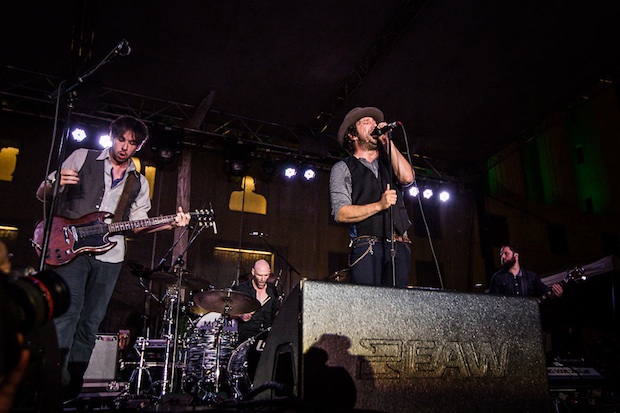 Surprise guest Will Hoge made an appearance between The Wild Feathers and The Weeks.  The singer-songwriter brought a lot of punch that I haven’t heard in a lot of his studio recordings, and I guess that means that I should have made it a point to see him live before.  It was quite the experience, and the crowd was going nuts on the field and on social media when the local hero came onto the stage. 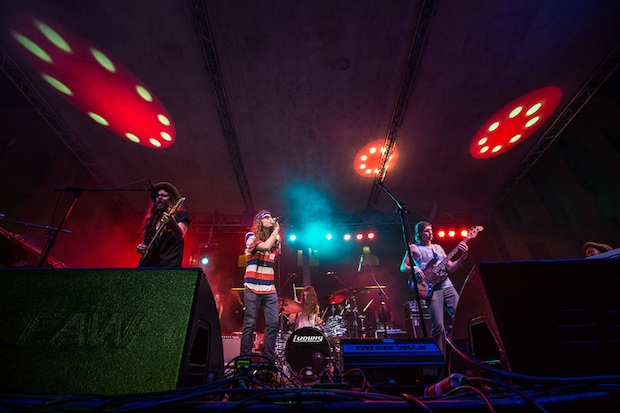 Nashville Mayor Karl Dean gave his thanks to fans before The Weeks took the stage, and, I guess, we should have given some thanks back to him for helping to make LOTG happen!  The Weeks are one of the fastest growing bands in Nashville right now and it is for good reason.  The indie rock sounds that they channel and the energy that they put into the crowd were really amplified on the Public Square Park stage, and they were the reason that a lot of the fans were even there. 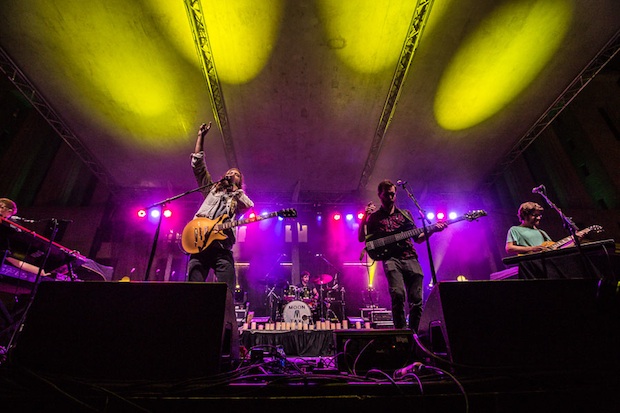 Alright.  It’s my turn to gush like a teenage girl.  I’ve seen Moon Taxi quite a few times now, and all of them were in fairly intimate confines.  Generally, that is the way that I prefer to see bands.  I like to catch them before they’ve grown up.  Before they are in amphitheaters.  I jones for bands in 200 cap. venues.  I don’t think I will ever say that about Moon Taxi again though.  Watching them own that stage in front of 15,000-ish fans was my highlight of the LOTG season.  Maybe it was the natural reverberation off of the downtown buildings, but Moon Taxi sounded incredible.  They sounded like rock legends of a by-gone era, and that cover of Pink Floyd to end it literally had me mesmerized.

3. Will Hoge. Photo by Shawn Jackson.

4. Will Hoge. Photo by Shawn Jackson

5. Will Hoge. Photo by Shawn Jackson

6. The Weeks. Photo by Shawn Jackson

7. The Weeks. Photo by Shawn Jackson

8. The Weeks. Photo by Shawn Jackson

13. The Weeks. Photo by Shawn Jackson

14. The Weeks. Photo by Shawn Jackson

15. The Weeks. Photo by Shawn Jackson