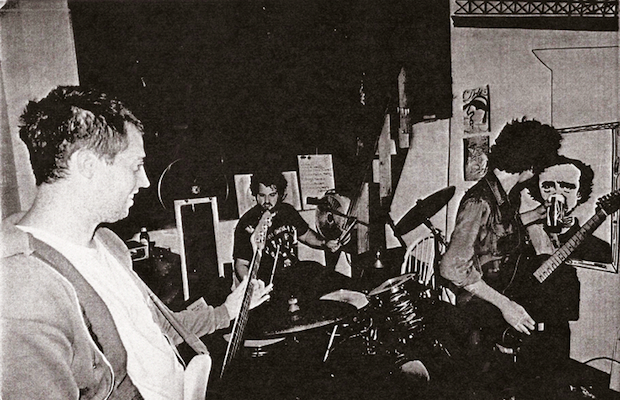 This show’s kicking off in just a few hours at The Stone Fox, but it’s a killer bill, so we wanted to sneak in a late preview for you. Two great Brooklyn bands, one by way of Japan, and some great locals are bringing the punk, indie, power pop, alternative, and retro rock the west side. Don’t miss Nude Beach, Suspicious Beasts, and Fox Fun. After the break, we’ve got more on the bands. This one gets started at 9 p.m., and it’ll cost you just $7. You can snag your tickets ahead of time online here, which typically means The Stone Fox expects it to sell out.

Hailing from Long Island and currently based in Brooklyn, poppy, punk-infused trio Nude Beach have sprung out of the New York DIY scene, with a reputation for great, self-released material and a a strong work ethic. You can find out their whole story in this handy music video:

Based in Brooklyn by way of Japan, psychedelic rockers Suspicious Beasts channel equal parts lo-fi contemporary indie rock and experimental retro rock. Not only are they friends and labelmates of Nude Beach, but also a great stylistic compliment.

Nude Beach, Suspicious Beasts, and Fox Fun will perform tonight at The Stone Fox. The show is 18+, begins at at 9PM, and tickets are available for $7.