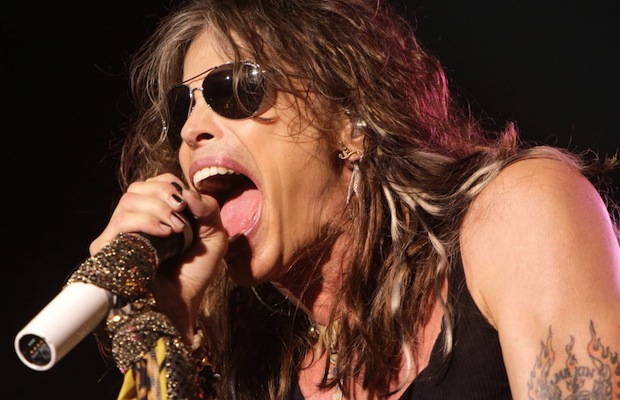 Apparently Ed Sheeran hasn’t been the only famous singer to make an impromptu appearance this week in Music City.

We had heard rumblings that Aerosmith frontman Steven Tyler was in town. Not only did that prove to be true, but the 65-year-old rocker also took the time Tuesday evening to attend a songwriter’s round at The Bluebird Cafe- even jumping up to the mic to surprise the audience with renditions of Aerosmith hits “Jaded” and “Dream On.” Marti Frederiksen, who co-wrote “Jaded,” was one of the scheduled performers at The Bluebird, and was responsible for inviting Steven to take the stage, according to Billboard.

Tyler is apparently in town to write new material. After the jump, check out some photos and video clips of the legendary singer performing at the 90-cap Bluebird, “the smallest room he’s ever played.”

WAS A KNOCK OUT LAST NIGHT @Bluebirds with @Martihfred!!!! OH MY HOW THINGS ARE LOOKING UP #lovenashville http://t.co/Ef5FhnfrA5