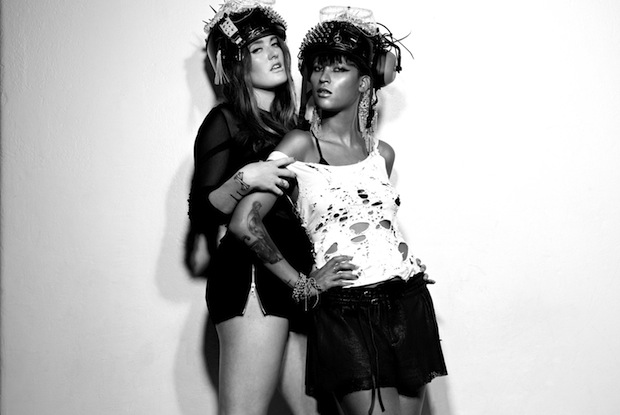 Are you a fan of dance music? Synthesizers? Indie pop? Hip hop? Girl power? Partying on a Tuesday? If you answered yes to any or all of those, we’ve got an insane show for you: Icona Pop, K.Flay, and Sirah, TONIGHT at Exit/In. Best known for “I Love It,” the breakout track that helped launch their careers as well as the career of the song’s writer/guest vocalist Charli XCX, Icona Pop might be the most prominent act on the bill, but both openers seriously hold their own (and lean more in the realm of hip hop). We’ve got previews of the entire lineup, and more about the show, after the jump!

Swedish duo Icona Pop channel elements of dance music, house, punk, indie pop, and hip hop into some of the most dynamic and refreshing tunes of the current EDM craze. Like their collaborator Charli XCX, they give their songs enough hook and accessibility to crossover, while still maintaining plenty of danceability and electronic elements. We saw Charli at Bonnaroo, and recently caught Icona Pop at Lollapalooza, but their performance is sure to truly hit hard in a smaller setting like Exit/In. You’ve heard “I Love It,” so here’s their latest, the Tupac-nodding “Girlfriend:”

K.Flay is a rapper primarily, but to simply label her as such would be to sell her artistry short. In a world of trendy, internet-bred, female rappers (Kitty, Kreayshawn, Chippy Nonstop), all of whom we have a soft-spot for, K.Flay feels like a different breed. Her production is more aggressive and electronically rooted, her genre-bending is endless (think Lana Del Rey with the scale tipped much more on the side of hip hop), and her thematic focus is diverse, smart, and self-aware.

If you’re familiar with Sirah, there’s a good chance it’s because of her most famous collaboration: dubstep king Skrillex’s smash hit “Bangarang.” The NY-bred, LA-based rapper is carving out a solid solo career of her own, however, and her ferocious yet laid back delivery is top-notch. A talented vocalist as well as MC, and with a strongly electronic-rooted aesthetic, Sirah is one up and coming artist you don’t want to miss!

Icona Pop, K.Flay, and Sirah perform TONIGHT at Exit/In. The show is 18+, starts at 9PM (doors at 8PM), and tickets are available for $23 here or at the door.

If the Icona Pop show alone isn’t enough, there’s also an official after-party at Seen, hosted by local radio station 107.5 The River. The ladies of Icona Pop as well as Nikki Williams will be keeping the party going, and it’s totally free! Find out more right here.