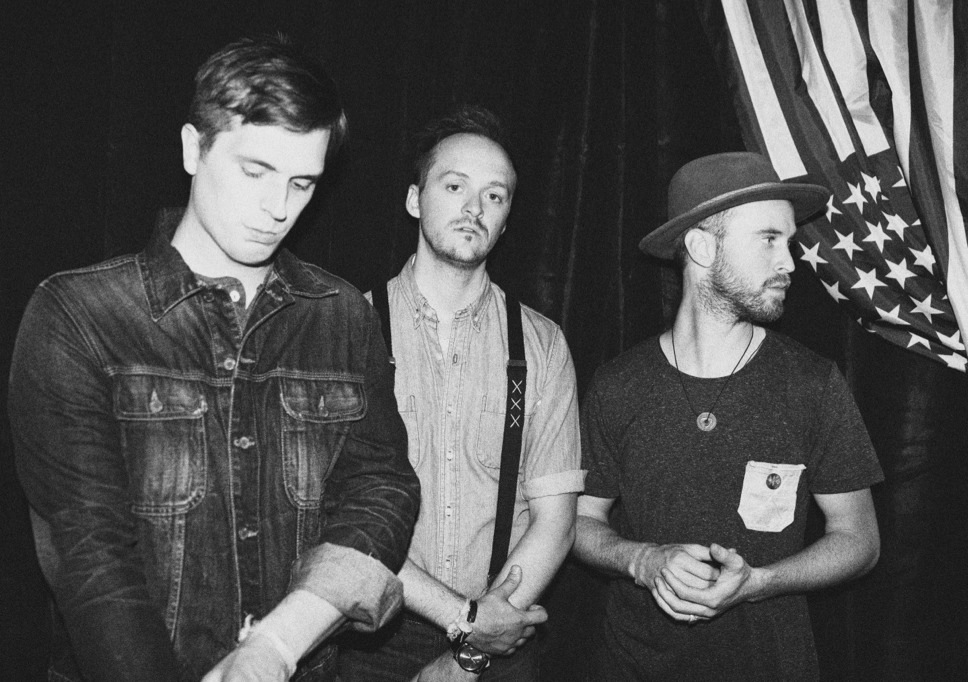 We named Paper Route‘s latest album, The Peace of Wild Things, one of the Top 10 Nashville Records of 2012, and for good reason! The synthy, indie rock trio are one of our favorite local acts, and their shows in Music City have been fairly intermittent lately (we last caught them back in November), so we recommend catching them any chance you get!

Paper Route will perform TONIGHT at Exit/In, and are set to be joined by HalfNoise, the new solo project of former Paramore drummer Zac Farro, along with atmospheric, indie rockers Coin. The show kicks off at 8:30PM (doors at 8PM), and you can still snag tickets here. After the jump, preview and find out more about all three bands:

After carving out their own unique brand of synthpop, electronica, and experimental indie rock with their 2009 debut Absence, Nashville’s Paper Route then proceeded to tour the world with the eclectic likes of Paramore, Mutemath, Copeland, Passion Pit, Owl City, and more. Those years on the road clearly helped strengthen them and, perhaps, the recent split from their major label after a frustrating falling out helped liberate and reinspire them, because their latest album The Peace of Wild Things is the sound of an already good band becoming a great one. The record takes all of the band’s best aspects and intensifies them. It’s poppier, more avant garde, dancier, and more intelligently-crafted; simultaneously more adventurous yet bearing more mass appeal. Paper Route clearly picked up a trick or two from their high-caliber tourmates because their live show is unparalleled. Due to their tour schedule, the band’s hometown shows are somewhat infrequent so catch them while you can!

HalfNoise is the new solo endeavor (though he performs with a full band) of Zac Farro, the former drummer of Paramore. Clearly a big Sigur Ros fan (with a hint of Mew), Farro blends electronic-infused ambience, lush textures, and sweeping orchestrations to channel a style that is a far leap from the pop rock sound of his previous band. His debut EP, HalfNoise, was produced by Canon Blue’s Daniel James.

Perfectly rounding out the lineup, Nashville’s Coin fall somewhere in between Paper Route’s synthy, indie rock sound and HalfNoise’s more ethereal texture-based tendencies. We dug ’em at East Nashville Underground, and think you will too!

Paper Route, HalfNoise, and Coin perform TONIGHT at Exit/In. The show starts at 8:30PM, it’s 18+, and tickets are available here.