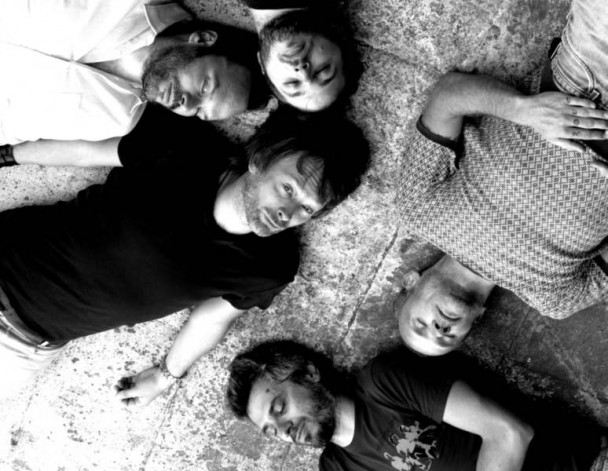 Easily the biggest announcement in an already exciting day of Nashville show announcements, Atoms for Peace will be making their Music City debut on Oct. 1 at War Memorial Auditorium!

The supergroup, which features  Thom Yorke (Radiohead), Flea (Red Hot Chili Peppers), Nigel Godrich (Ultraista; longtime Radiohead collaborator), Joey Waronker (Beck, R.E.M.), and Mauro Refosco (Forro in the Dark) first came together in 2009, before even officially having a name, and, at the time, served as a backing band for Thom Yorke. The band’s proper debut album, Amok, was finally released in February of this year via XL Recordings.

So far, the group’s tour history has been very limited, and this marks their first appearance in Nashville. Though Atoms for Peace have performed a handful of club shows in the past, War Memorial Auditorium will undoubtedly be the smallest setting you’re likely ever to witness Thom Yorke or Flea performing in Music City. Tickets for the show go on sale this Friday, June 28, at 10am, and James Holden is slated to open. UPDATE: Pre-sale starts on Thursday, June 27th at 10am, and the password is PEACE.

Check out the Atoms’ video for “Ingenue,” after the jump.