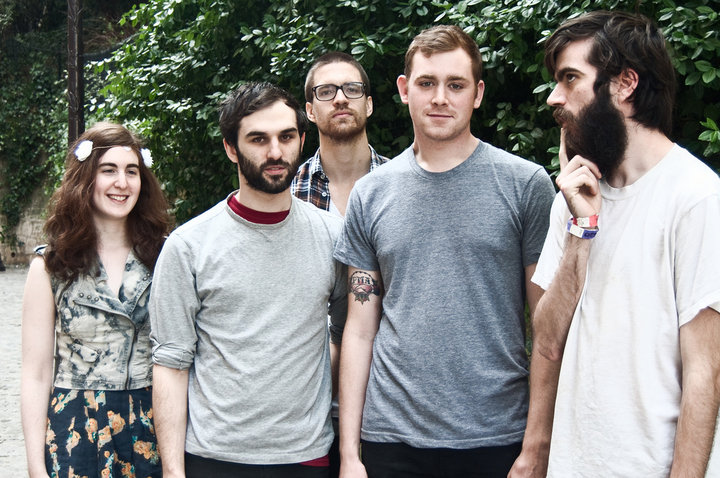 I know, I know. It’s Monday. You were probably at awesome shows all weekend (and, if one of those was East Nashville Underground, you likely drank entirely too much Grolsch). The last thing you want to do is catch another concert tonight, right? Well, too bad, because this one is too good to pass up!

Titus Andronicus are hitting The Stone Fox tonight, and they’ll be joined by fellow Brooklynites The So So Glos along with Nashville’s Diarrhea Planet! After the jump, we’ve got the rundown on this bangin’ bill.

Following up a Civil War concept album, party punks (I’m not sure what else to call them) Titus Andronicus got a lot more personal and honest with last year’s Local Business. The record not only maintains a thematic consistency (and unpretentiously at that, despite some of the subject matter), but a musical one as well- this time around there’s a constant musical lineup rather than an array of guests. Packed with sing-alongs, thick guitar riffs, and plenty of lyrical earnestness, Local Business is definitely a much-welcomed evolutionary turn for an already great band. If you missed their stop at The High Watt last fall, now’s your chance to catch them while they’re still playing smaller rooms!

Brooklyn punks The So So Glos have a knack for hooks, an unrelenting attitude, and a powerful and fun live show. The band just passed through Nashville back in March, and made their late night debut on Letterman in the interim, so there’s never been a better time to check them out. The So So Glos share Titus’ penchant for eclectic influences, but they tend to tip more towards the punk side of the scale. As one of the driving forces in the NYC DIY scene, The So So Glos are a callback to when punk was free of gimmicks and all about community. Their latest, Blowout, is already a contendor for one of the best releases of 2013!

Rounding out the bill, locals rockers Diarrhea Planet are a band we just can’t get enough of. What started as a noise project, morphed into a more garage rock sound, and has ultimately settled in a territory that can only be described as epic, energetic, guitar-driven rock and roll, they’ve quickly become one of Nashville’s best (and perhaps most underrated) bands. If you haven’t yet experienced them live, do yourself a favor and correct that immediately!

Titus Andronicus, The So So Glos, and Diarrhea Planet are performing tonight at The Stone Fox. The show gets started at 9PM, it’s ALL AGES, and you can snag tickets for just $12 right here or at the door.