Bonnaroo Band of the Day: Frank Turner and The Sleeping Souls

Originally just billed as Frank Turner, it’s unclear why Bonnaroo switched the listing to Frank Turner and The Sleeping Souls on its lineup. But, in case there was any doubt, the singer will most definitely be bringing his backing band along for the fest. Frank Turner is a man who wears many hats. You’re just as likely to have seen him play in a dingy basement, as to have witnessed him performing at the London Olympics opening ceremony. He attracts fans of punk rock and hardcore, the scene he grew up in, just as easily as he attracts fans of heartland/folky/Americana rock a la Bruce Springsteen, Ryan Adams, and Billy Bragg. Some may call him folk punk, but he’s not Chuck Ragan. Frank simply lets his music guide him and, over time, has drifted further from his punk-leaning start into a more confidently folky, earnest, heartfelt, agressive, and, at times, extremely vulnerable singer-songwriter style. Turner’s honest, emotional resonance and personal, intimate performance style has allowed him to transcend genre barriers and attract fans from all walks of life. 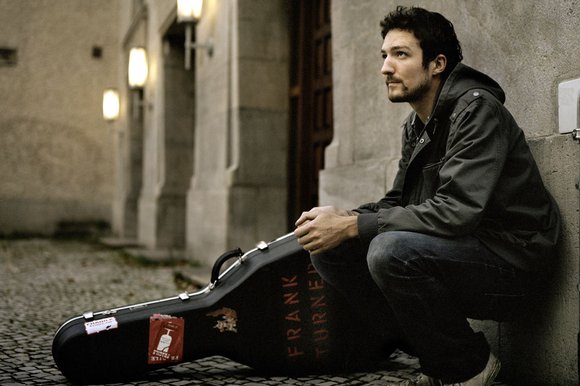 Hailing from England, Frank and his band (Nigel Powell, Ben Lloyd, Tarrant Anderson, Matt Nasir) have performed with the likes of The Offspring, Flogging Molly, Billy Bragg, Biffy Clyro, Jonah Mantranga, Andy Yorke, and The Gaslight Anthem, and Turner has appeared on several installments of Chuck Regen’s Revival Tour. Since the start of his solo career, Frank Turner has released five albums. The latest, Tape Deck Heart, marks a continuing trend to an even deeper folky, acoustic sound. In recent years, Turner has gained a pretty solid following both critically and commercially (as evidenced by his Olympics appearance), but still strives to connect with his audience on a very personal level. It’s not uncommon to see the singer strolling around festival grounds, playing impromptu sets to the handful of fans who wander upon him. For that reason, Frank’s an invaluable addition to the feastival lineup, both in sound and attitude, and we can’t wait to witness his return to ‘Roo!