Although “Ariel Pink’s Haunted Graffiti” was originally billed when Bonnaroo announced their lineup, the bill now simply lists Ariel Pink. Exactly what this means and what prompted the change is not entirely clear, but we’re going to assume it’s deliberate- meaning Ariel Pink is most likely performing Bonnaroo as a solo artist, without the aid of his full backing band Haunted Graffiti. In the past, Pink’s solo performances have been somewhat polarizing. Though LA native Pink, born Ariel Marcus Rosenberg, started as a solo artist, and shaped his lo-fi, buzzy sound by writing and recording everything himself for many years, it wasn’t until the formation of Ariel Pink’s Haunted Graffiti that the singer truly broke though to wider acclaim in the late ’00s. The group’s latest release, Mature Times, continues the traction and creative focus set by 2010’s critically adored Before Today. Ariel is often credited for influencing the entire movement that became known as chillwave and, as such, has somewhat declined from the critical radar as it has fallen out of fashion. Regardless, he’s perfected the sound he’s been honing for years, and is an exciting addition to this summer’s lineup. 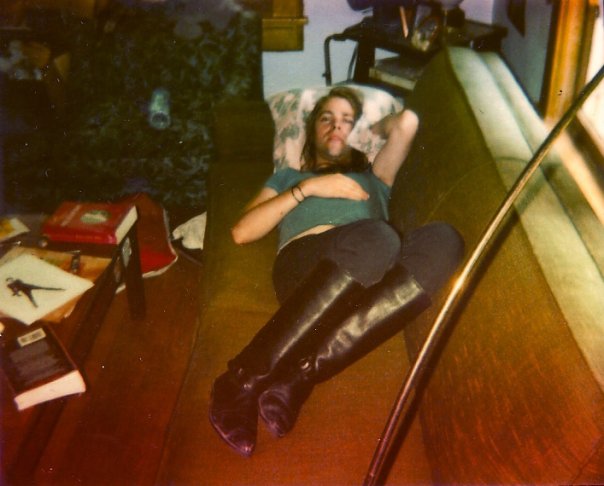 Ariel Pink’s prior solo performances, both predating Haunted Graffiti and happening sporadically after its formation, often consist of the singer simply performing to a backing track, and often incorporating odd and surrealist visual elements. Much of Pink’s early music, especially, wasn’t designed to be performed live and, as such, has been met with mixed reactions from audiences. The formation of Ariel Pink’s Haunted Graffiti helped polish the singer’s performance style, and marked a shift true to his unique sound and aesthetics, while focusing it more within the context of the set lineup. If Pink is indeed performing Bonnaroo solo (and it would make sense, given his relatively low billing), it’s a chance for the singer to prove his ability to evolve his performance style. He has a shaky solo track record, but we’re still intrigued and curious to see what approach he’ll take at Bonnaroo and that, alone, is enough to justify checking him out. Or, if we’re misinterpreting the billing and it actually is Ariel Pink’s Haunted Graffiti, that’s all the more reason to catch them at ‘Roo!

Listen | “Only in My Dreams”