Half a century before the current pop culture zombie craze of The Walking Dead (hell, half a decade even before Night of the Living Dead), a little band called The Zombies formed on the isle of Great Britain (specifically, St Albans, England). They have the distinction of being the second U.K. group to hit #1 in America, the first being some lads from Liverpool called The Beatles. In case your 1960’s rock and roll knowledge has a few gaps that need filled in, The Zombies were responsible for this little ditty:

Though the band originally broke up in the late ’60s, they’ve been touring intermittently in one form another since first reuniting in the early ’90s. They’ve been especially active over the past decade, even releasing a couple of new studio albums. Founding members Colin Blunstone (vocals) and Rod Argent (organ, vocals) have remained constants, joined by new live members, which is more than many other still-active ’60s rock bands can claim. The rock and roll legends will grace Nashville with their presence THIS WEEKEND, Sunday, March 10 at War Memorial Auditorium! Even better? WE’VE GOT TWO PAIRS OF TICKETS TO GIVE AWAY (details below). Supporting the show are The Ettes and The Night Beats. We’ve spoken a lot about The Ettes on the site already,  and I can’t think of a more perfectly-suited band to open the show. Their retro-tinged rock and roll is a fantastic compliment to The Zombies and their legacy. Similarly, The Night Beats channel an classic, psychedelic sound and will be an excellent way to kick off the show. 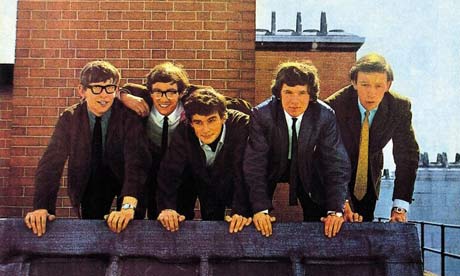 For a chance to win a pair of tickets, here’s what you have to do:

The Zombies are performing Sunday, March 10 at War Memorial Auditorium with The Ettes and The Night Beats. The show is all ages and it kicks off at 6PM. You can still snag tickets and find more information here. It appears that this will be the band’s first Nashville performance since the ’60s (correct me if I’m wrong in the comments), so you seriously don’t want to miss it!