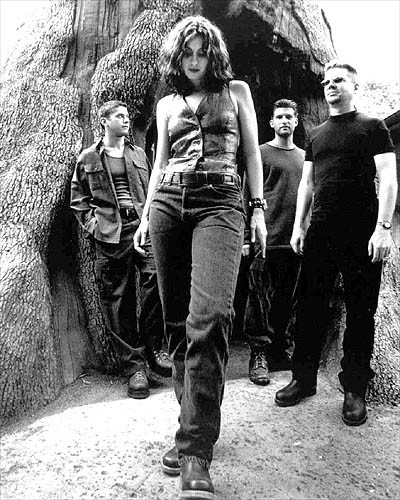 Nashville’s current wave of awesome female-fronted bands (Alanna Royale, Luella and the Sun, The Electric Hearts, Ponychase, and more!) owe a possibly unknown debt of gratitude to their big sisters of the local rock scene that helped pave the way for their success in a (still) mostly male-dominated industry.

Acts like Fleming & John and The Evinrudes scored major alt-radio play back in the grungy-Vedder-growl late 90s and inspired local ladies to consider musical options outside of the standard country croon.  They rocked and they kicked open the door for the rest of us girls to make some noise of our own.

And now I call on the women of Music City to come out and say thank you to the Evinrudes when they reunite (after a 10-year hiatus).

You remember The Evinrudes – and if you don’t, you at least remember this song, so hit the video below. Yep. Sweet 90s nostalgia coming atcha’.

The band has invited local indie-art-rock act, Bulb, to open up and the festivities will also serve as a release party for Bulb’s new record. The show’s Friday, February 22 at 12th & Porter. Starts at 8pm and is just $7. Advance Tickets here.

Since first announced, Maggie Rose has also been added to the bill and you can check her out via her official site.

Lace up those floral print Doc Martens, tie that flannel around your waist, and get on down to the show!