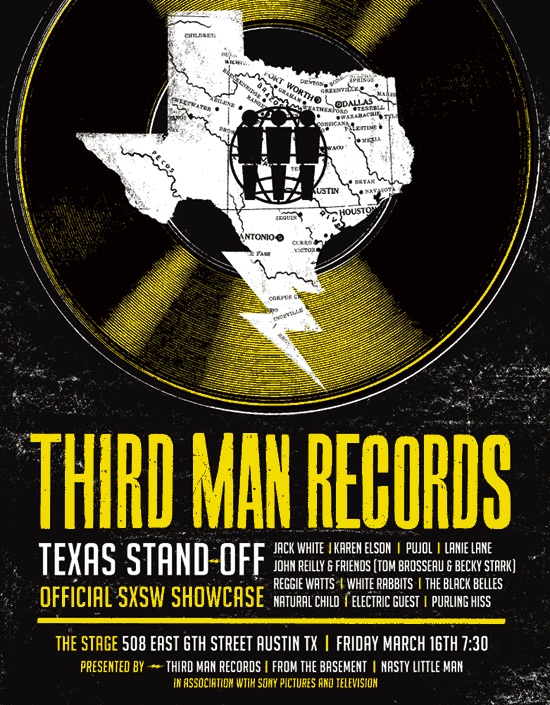 Jack White is taking that Rolling Record Store down to Austin for his own little live showcase.  This will be a big boost for his solo debut record Blunderbuss due out in late April, but it will also be a big ass stage to promote a lot of Third Man Records and Nashville musicians.  In case you can’t read that little type on that poster.  It is also featuring (his ex) Karen Elson, PUJOL, Lanie Lane, funny man John Reilly, Reggie Watts, White Rabbits, The Black Belles, Natural Child, Electric Guest, & Purling Hiss.  Surely you recognize some of those names!

That sounds fun and all, but the real stand off would be his line up versus our SXSW preview show at The Basement on Sunday night.  That’s a real Texas Stand-Off!  (I bet he is shaking in his $10,000 cowboy boots) 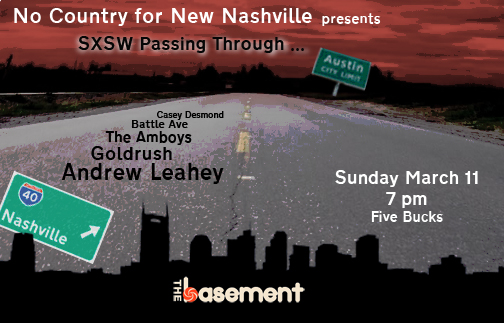