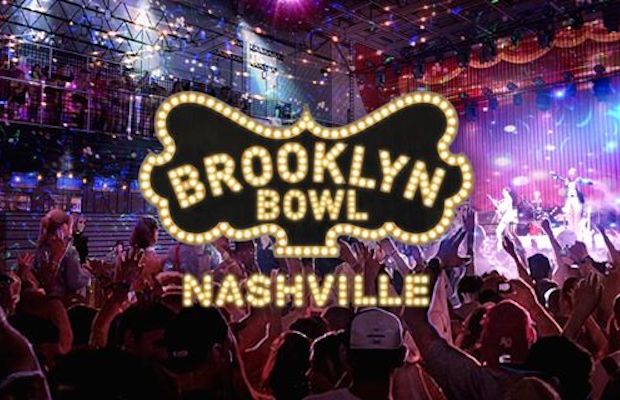 Though the concept of a bowling alley music venue hybrid was not invented by New York’s Brooklyn Bowl, the trendy sports and show space, which opened over a decade ago, has fast become synonymous with the idea. After expanding to Las Vegas in 2014, Brooklyn Bowl, like other New York bred venues that’ve spun off as franchises (Knitting Factory, City Winery) decisively asserted itself as a fantastic idea able to scale to different cities, and given Nashville’s rapid growth and host of new venues in development, it was no surprise when we initially heard BB was eyeing Music City last year.

The venue- a proper, multi-lane bowling alley and restaurant- will open in mid-March in Germantown, right next to the Sounds’ First Tennessee Park, and will immediately be a competitive venue, boasting a 1,200 cap run that puts it somewhere in between Cannery Ballroom and Marathon Music Works. A joint venture with mega promoter Live Nation, the venue’s recently-announced spring and summer show slate is, unsurprisingly, very strong, and fairly genre agnostic, boasting everyone from Real Estate to Rayland Baxter, Angel Olsen to St. Paul and the Broken Bones, The Hold Steady to Larkin Poe, Car Seat Headrest to Toots and The Maytals, and many more.

Brooklyn Bowl Nashville will celebrate its grand opening on March 14 with a party headed up by jazz/fusion group Bowlive, featuring Soulive and George Porter Jr., after which they’ll presumably be operating regular hours (and announcing many more shows). Check out the full concert calendar below, and follow the social media links for more about the forthcoming venue!