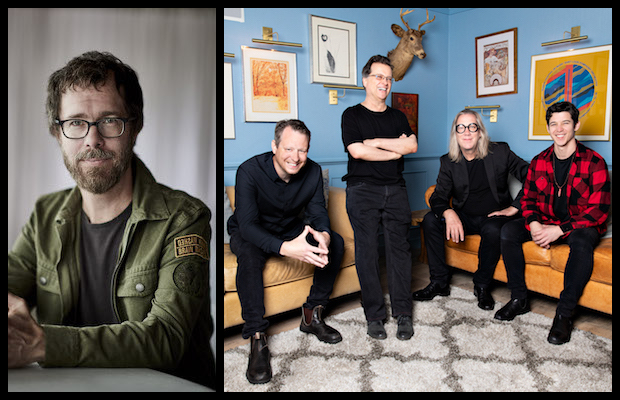 Two incredibly distinct but immeasurably influential artists in their own right, Nashville’s own piano-fueled alt rocker turned esteemed composer Ben Folds and long-running and beloved Milwaukee folk punk outfit Violent Femmes make a unlikely but inspired co-headlining pairing, out now a tour which brings them to Ascend Amphitheater tonight, Aug. 9, with support from buzzy local up and comer Savannah Conley. Needless to say, this is a stellar bill from top to bottom, and tickets, which are still available at writing in most every section, are pretty modestly priced for all this pedigree. Snag yours now and read on for more about the show!

Save for a few short breaks, Milwaukee folk and punk-tinged alt rock trio the Violent Femmes have been pretty consistently active since their formation almost 40 years ago- at least as far as live shows on concerned. On the recording front, the last couple of decades have been a bit slower to start, with 2016’s We Can Do Anything marking their first full-length release in 16 years (with only 2008 Gnarls Barkley cover, a few compilations, and the prior year’s Happy New Year EP in the interim, which formally welcomed drummer Brian Viglione into their recorded catalogue after the departure of longtime member Victor DeLorenzo). Thankfully, recent activity and a surge of touring after a several-year split at the turn of the decade seems to have kept the creative juices flowing, as the group just released a followup, the pretty excellent Hotel Last Resort, just last month (which sees another new drummer, John Sparrow, come into the fold, alongside founding members Gordon Gano and Brian Ritchie). One of the most successful alternative acts of the ’80s, the Femmes have endured and adapted over the years, achieving something of a cult status for their unparalleled live show and under-appreciated influence on the alternative and punk scenes.

We’ve been obsessing over rising local singer-songwriter Savannah Conley since her stunning debut EP, 18th and Portland, in 2017. The genuine Nashville native, who grew up with musical parents, has had a crazy couple years since, landing a deal with Dave Cobb’s Low Country Sound on the spot after being asked to audition for the famed producer in person, who subsequently helmed her first major label EP, Twenty-Twenty, last year. Though she’s coming up in conversation in the country world, to simply peg Conley a country artist would be to undersell the nuance and universality of her sound, which certainly owes plenty to classic rock, country, singer-songwriter, pop, and folk music, but is also funneled through the earnest sensibility of a gifted young singer dialed into the contemporary musical landscape and indie rock scene. One of the single most promising talents to rise from the local scene in recent memory (though hardly new, as the 22 year old has been making music most of her life), Savannah feels destined to become a big star, and this is a great chance to see her at perhaps her biggest hometown shows to date, before Conley inevitably graduates as a headliner to bigger rooms like The Ryman before you know it.

Ben Folds, Violent Femmes, and Savannah Conley will perform tonight, Aug. 9 at Ascend Amphitheater. The show is all ages, begins at 7:30 p.m., and tickets are available for $25-75.