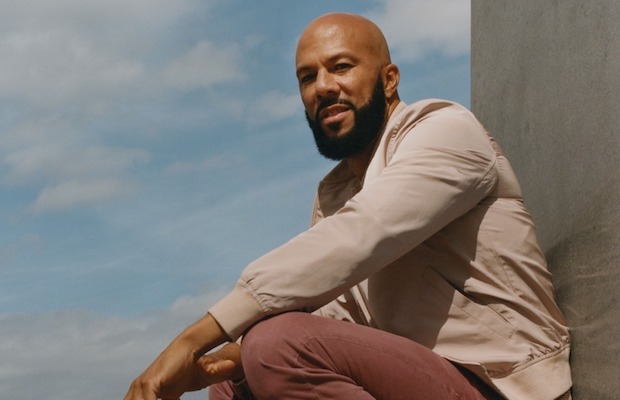 If you’re Gen Xer, you might primarily think of multi-faceted Chicago hip hop artist Common as an underground, profound alternative MC who came up under the moniker Common Sense. If you’re a millennial, you might first associate him with Kanye West, No I.D., and his breakout mainstream and award-winning LPs of the mid-00s. And if you’re apart of Gen Z, you might best know Common for roles in films like John Wick, Selma, The Hate U Give, or Barbershop, in addition to commercials, award shows, activist causes, and more. Common is, undoubtedly, all of these things and more, with an impressive, evolutionary, and trailblazing career that has spanned over 25 years. At his core though, a musician is what Common has always remained primarily, and in support of his upcoming twelfth full-length, Let Love, we’re thrilled to see him make time in his busy schedule to tour, and doubly thrilled to see him make a long-overdue return to Nashville, Aug. 22 for a headlining appearance at The Ryman, with support from collaborator and buzzy up and comer Maimouna Youssef, a.k.a. Mumu Fresh. Guaranteed to be one of the year’s best most essential events for fans of real deal hip hop, tickets are still available right here while they last! We’re thrilled to announce that we’re also giving away a pair of tickets to one lucky fan, however, so if you’d rather leave it up to chance, read on for more about the show and enter for chance to win below.

Winner will be announced Wednesday, Aug. 21 at 12 p.m. CDT, and will receive one pair of tickets. Good luck!