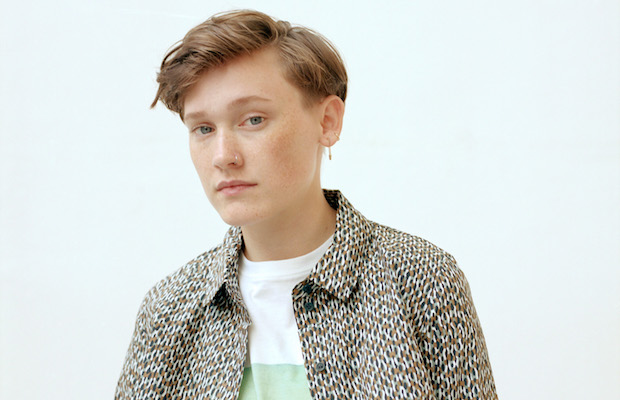 Born Bridie Monds-Watson in Derry, Northern Ireland, singer-songwriter SOAK found breakout success while still in her teens, heralded as something of a young, UK phenom with the release of her stellar 2015 debut, Before We Forgot How to Dream. Monds-Watson’s musical path began a few years earlier, however, taking up guitar in her young teens and writing and recording demos in her bedroom, choosing the portmanteau SOAK in honor of her love for soul and folk. Those early tracks, and eventually some introductory EPs, managed to earn a young Bridie some serious industry attention, courted by numerous major labels before ultimately settling on tastemaking indie Rough Trade ahead of her debut, opting to drop out of music college at 17 in order to pursue a whirlwind of exciting opportunities, like tours with CHVRCHES and Tegan and Sara, as well as early television and festival appearances. Met with overwhelming critical acclaim, SOAK became one of the Mercury Prize’s youngest ever nominees, and her debut LP also earned the prestigious Choice Music Prize for Album of the Year, among other UK accolades, and press from the BBC as well as other various trendy media outlets.

Staying true to her folky indie roots, Before We Forgot How to Dream tackled feelings of teenage angst and wonder, the confinement and restlessness of only truly knowing the place you’re from, and wide-eyed and innocent mediations of exploring and understanding the world as you grow into it. Now 23, living in Manchester, and coming off of several years on the road, SOAK, who came out to her parents as a teen, and has spent much of her career championing LGBT causes as well (never the sole focus of her art itself, but also something inextricable given the oppression of the LGBT community in her deeply religious native Ireland), finds a darker, more mature, and more cohesive turn with this year’s brilliant sophomore LP, Grim Town. Though cheerier from a sonic standpoint, adopting a more synth-soaked, indie and dream pop, timeless palette, Grim Town navigates more contemplative, coming-of-age, and earnest subjects, tackling love, depression, anxiety, and social examination, wavering between genre and theme and landing as one of 2019’s best releases. It’s actually a bit of a shock that such a promising young artist is playing such an intimate stage, but SOAK is sure to be one of the biggest standout sets all weekend at Bonnaroo, and destined to be a major star. Don’t miss out!

WATCH | “Knock Me off My Feet” (Official Music Video)