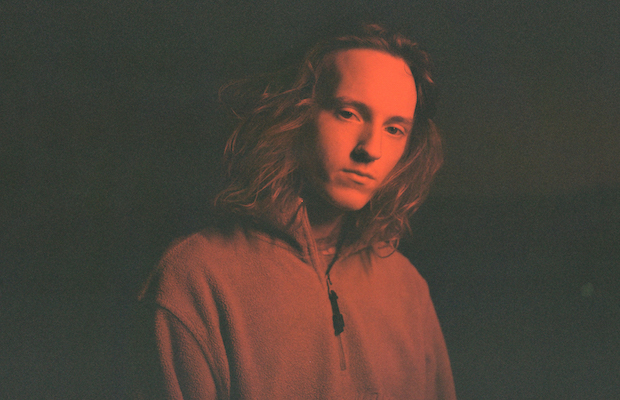 Born and raised in New Jersey, Michael Gordon, who makes music under the moniker Mk.gee (pronounced “McGee,” as his debut record Pronounced McGee helpfully clarifies), began honing his craft at a young age, taking piano lessons from the age of 7 (where he first started trying his hand at writing music) and, later, guitar, playing in bands in his teens, before a desire to fully realize his creative ideas prompted the multi-instrumentalist, producer, and singer-songwriter to began working as a solo artist, initially crafting tunes in his bedroom. By the time he moved to Los Angeles a few years ago to attend USC’s School of Music, Gordon, with a strong background in jazz training, and a love for r&b and funk, assumed he’d pursue the path a session or backing player, but, inspired by his new environment, began to once again work on his original output, taking the pursuit of being a solo artist more seriously.

The culmination of a couple of years of bedroom recordings, Pronounced McGee, which Gordon refers to as a “double EP,” arrived last year, fusing the young artist’s retro jazz and r&b affinity with more contemporary indie pop production, boasting dreamy, electronic tones and layered, rhythmic sequences. Akin to laid back and soulful indie artists like Mac Demarco or Homeshake, but with a very personal and unique approach, Mk.gee has quickly been met with a lot of online buzz, and began to tour last year, including a run with kindred spirit Omar Apollo, before swiftly releasing a followup EP, Fool (which, despite the quick turnaround, features more recent compositions and a mature and focused evolution, whereas Pronounced pulled from several prior years of early work). A cool, original, and need-to-know up and comer with a smooth and accessible sound and a fiercely self-sufficient approach, Mk.gee’s Who Stage outing might be his first time at ‘Roo, but we strongly suspect it won’t be his last.