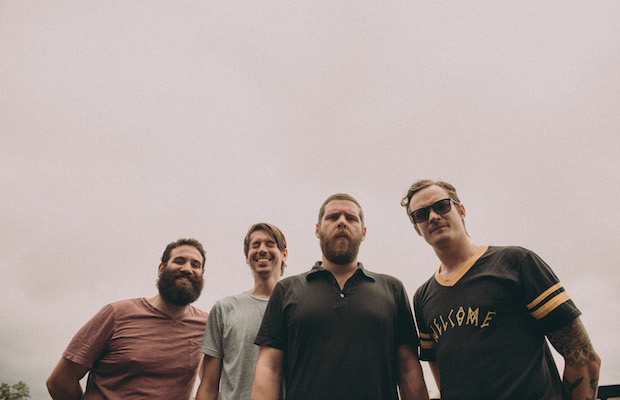 Though they’ve long swirled around the pop punk and emo world (likely bolstered by close former associations with Brand New, and tours with acts like Blink-182 and My Chemical Romance), Atlanta’s Manchester Orchestra have, from the start, always been an indie rock group, and perhaps one of the best, and certainly most beloved, of the last decade and half. Formed in 2004 by singer Andy Hull during his last year of high school, the band released their first full-length, I’m Like a Virgin Losing a Child, in 2006, and were immediately praised by critics and fans, enabling them to tour on a broad scale ahead of sophomore effort Mean Everything to Nothing.

Subsequent years would include continued critical attention, Hull’s side project Bad Books with Kevin Devine, placements and television appearances, and major festival sets, including a 2010 first at Bonnaroo. More recent releases, particularly 2011’s fan-favorite Simple Math and 2014’s Cope have distilled the band’s intimate, indie sound and helped them broaden their reputation and appeal, enabling last year’s A Black Mile to the Surface land them squarely in the buzzy contemporary indie sphere, also bolstered by Hull and guitarist Robert McDowell’s score for cult hit film Swiss Army Man. An electrifying and resonate live act, Manchester Orchestra bring an element to Bonnaroo that feels often under-represented, and despite the daunting task of playing a main stage, we have no doubt they’ll be a weekend highlight for anyone lucky enough to catch them.