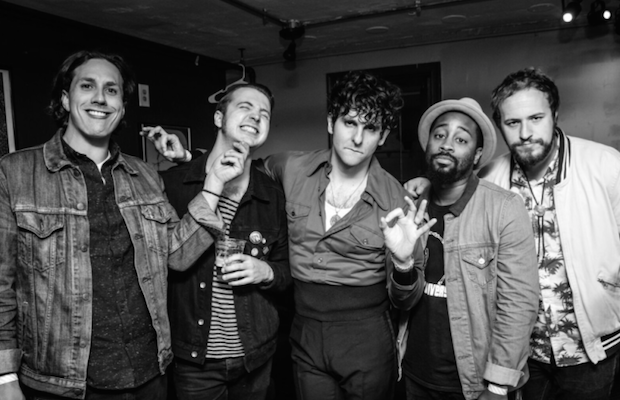 Formed in 2010 by frontman Adam Weiner, who cut his teeth with solo outfit Ladyfingers, performing in clubs, bars, and alternative spaces around New York City, and across the world in even more punk, DIY, difficult, and under the radar spots, Low Cut Connie began as an organic recording session for a new batch of music under the pretense of a full project, their first record eventually self-released in 2011 to widespread acclaim. 2012 sophomore effort Call Me Sylvia, however, marked a more focused and deliberate shift, and the band have spent several years and three more LPs becoming critical darlings and fan favorites.

Renowned for their wild, unpredictable and raucous live shows, Low Cut Connie have been compared to everyone from Jerry Lee Lewis (for Weiner’s wild piano playing) to the Replacements (for their earnest writing style and on stage antics), adopting a sort of retro rock informed sound with modern sensibilities, which has enabled the band to brush shoulders with the likes of The Dap Kings, Gene Ween, and Tune-Yards, and even catch the attention of President Obama, who added them to his personal playlist. Celebrating a new two-part record, Dirty Pictures, released this year and last, the Philly group are one of the best under the radar finds of all of Bonnaroo, and their Friday afternoon set on the intimate Who Stage is sure to be a weekend highlight.