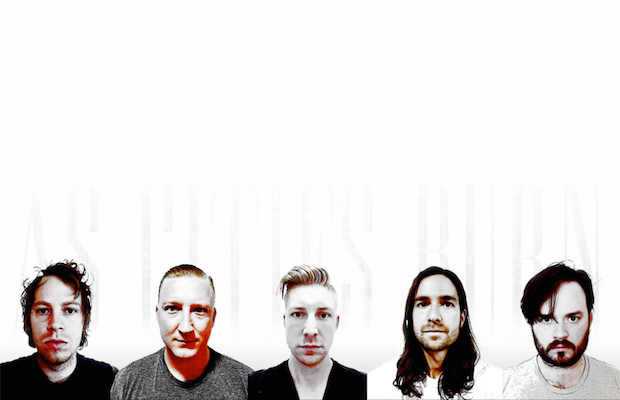 It feels like we’ve seen a lot of 10 year anniversary shows roll through Music City lately, which works out perfectly for those of us who want to relive our high school scene kid days. Fortunately, there’s another one rolling through on Sunday night, Aug. 16 when Christian post-hardcore rockers As Cities Burn celebrate the 10 year anniversary of their debut album Son, I Loved You At Your Darkest at Exit/In with Foreign Sons, Nest, and Overwatcher. Read more about the lineup after the jump, and snag your tickets here while you can.

Louisiana natives and current pseudo-Nashville residents As Cities Burn gained popularity during the mid-2000s at the height of the emo/post-hardcore boom with their debut album Son, I Loved You At Your Darkest, and quickly became known for heavy sound and intense live shows. This was mostly due to the screaming vocals of frontman TJ Bonnette, so their sound changed dramatically when he left the band in 2007 and featured more melodic vocals. After two additional albums, the last of which was released in 2009, the band called it quits for good, but have since been “resurrected” for the 10 year anniversary of SILYAYD. Needless to say, it’ll be a pretty big deal for ACB fans to see this show, especially considering that they’ve started putting out new material like “Goldmine,” which you can listen to below.

Las Vegas rockers Foreign Sons came together in 2013 with their debut EP Of Want & Wisdom, a record with a mixture of influences from metal and pop-punk, and currently have new music in the works. Their most recent single “Fracture”, which you can hear at the link below, has a melodic hardcore sound similar to bands like Balance and Composure and Pianos Become The Teeth.

We raved about Nest‘s latest EP, Hadal, upon its release last year. Channeling melodic post-hardcore and indie rock elements, the local trio could easily be labeled a part of the “emo revival” that is arguably underway. However, to peg the group as revivalist would be selling them short. Nest’s sound is wholly original, a balanced sum of a broad array of influences. They land in the same territory as acts like Balance and Composure, Mew, and Brand New; a feat not easily achieved and one in of itself that makes them worthy of being mentioned in the same sentence as those amazing acts.

A band we’ve been hearing a lot of buzz about in recent months, local aggressive rockers Overwatcher burst onto the scene with their debut single back in the spring, and dropped their debut EP, Metaphysics, earlier this summer. They’ve been playing all over town, in clubs, basements, house shows, and day fests, but, if you haven’t managed to catch them yet, you should definitely show up early; they’re a perfect sonic compliment to this lineup, and a definite rising local act to watch.