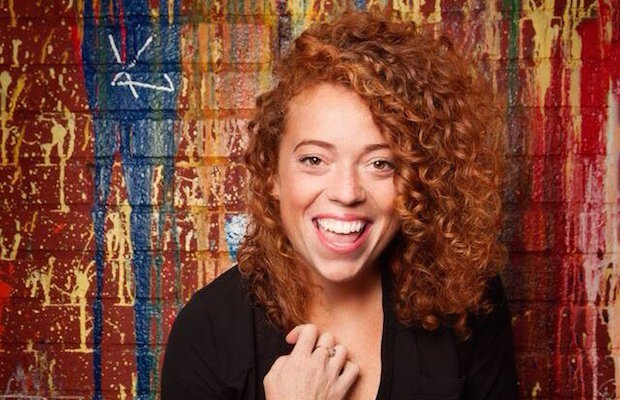 A late addition to this year’s Bonnaroo Comedy Theatre lineup (and our last Bonnaroo Comedian of the Day, barring any more changes), Michelle Wolf is a talented up and comer, who you may recognize for her work on Late Night with Seth Meyers, where she serves as a writer and occasional on-air character actor (“Grown Up Annie” and “Cassandra the game show assistant”). A relative newcomer to the comedy scene, Wolf graduated with a degree in Kinesiology, and began working on Wall Street while deciding which field to pursue for her PhD. After attending a taping of SNL, her lifelong fascination with comedy was reawakened, and Michelle began taking improv classes, which, a few years later, led to a career in standup. After prolifically working the New York club circuit and connecting with a large audience on Twitter, Wolf served as a writer for MTV’s Girl Code, before landing her gig at Late Night, where she also made her television debut as a standup last year. The rising comic also made an appearance at Montreal’s Just For Laughs Festival, and continues to workshop her act around New York regularly.