Bryce Avary, better known by his stage name The Rocket Summer, is bringing his singer-songwriter-tinged brand of power pop to Rocketown (white building) tonight! Support comes from locals Dinner and a Suit and The Captain. The show starts at 6PM, tickets can be purchased online or at the door, and, as with all Rocketown shows, it’s all ages. Preview the bands after the jump!

The Rocket Summer last made a stop in Music City as part of the Heavy and Light Tour earlier this year, but hasn’t played a proper full Nashville show since early 2012. Last year’s Life Will Write the Words marked the singer’s fifth full-length release, and showcased a continued departure from the pop punk/emo influence prevalent on his earlier work, settling into a more indie rock sound. Though Avary has toured with groups such as Goo Goo Dolls and Switchfoot, he’s always fit in best and found the most universal acceptance from bands and fans of the Warped Tour scene (a tour he’s also participated in on several occasions).

The singer spent time as a major label artist, and scored some moderate commercial success, both on his own and as a co-writer for other artists, before returning to the independent route. A prolific writer and producer, Avary has always composed, produced (or co-produced), and performed all of his music without assistance.

Providing direct support, Nashville-based trio Dinner and a Suit cite their influences as “Mute Math, This Day & Age, Sleeping at Last, and Sigur Ros.” That’s an ambitious (and eclectic) list, but those influences definitely shine through, if not directly inform the band’s sound. They’re bright and pleasantly poppy, but not without substance, all at once able to hypnotize and prompt you to dance. Dinner and a Suit are an accessible, unpretentious gem amidst a Nashville landscape too often skewed towards more retro-leaning indie rock, and a breath of fresh air for concertgoers simply looking for a good time. If The Rocket Summer wasn’t enough to draw you in, this band should seal the deal!

We couldn’t find any info on The Captain (we’re assuming they’re local). Guys, if you’re reading this, feel free to shoot us an e-mail with a link to your tunes and a bio. Your name is impossible to Google- we tried, we swear! Regardless, we’re sure they must be great if they’re on this bill, so get there early and find out for yourself! 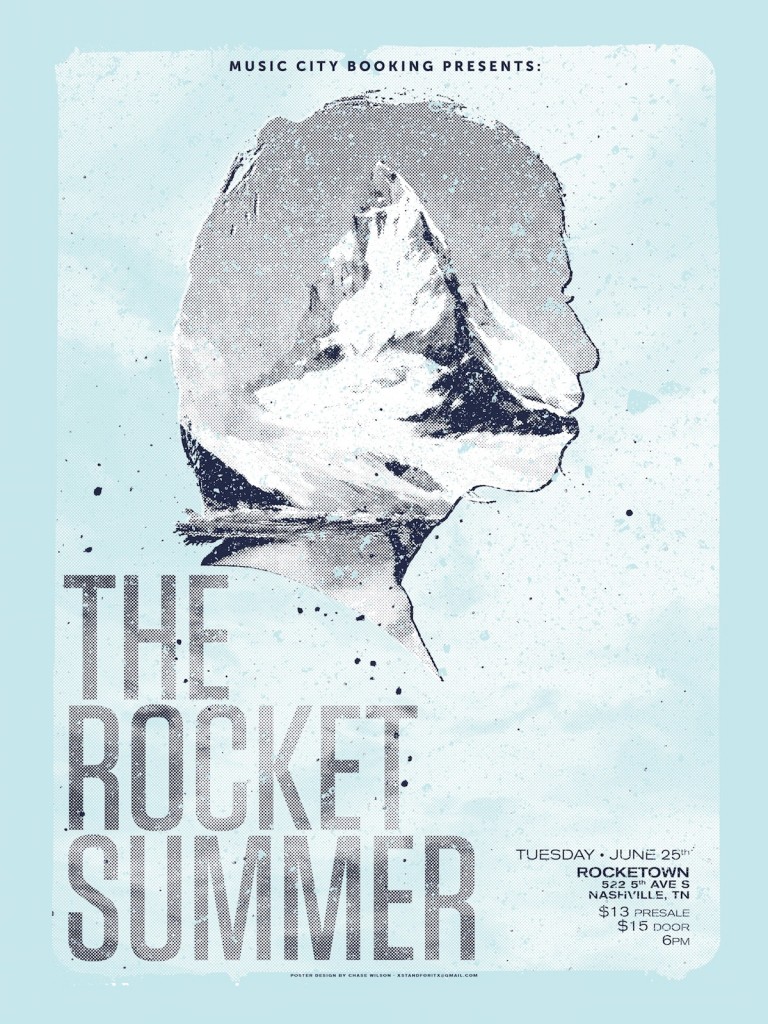