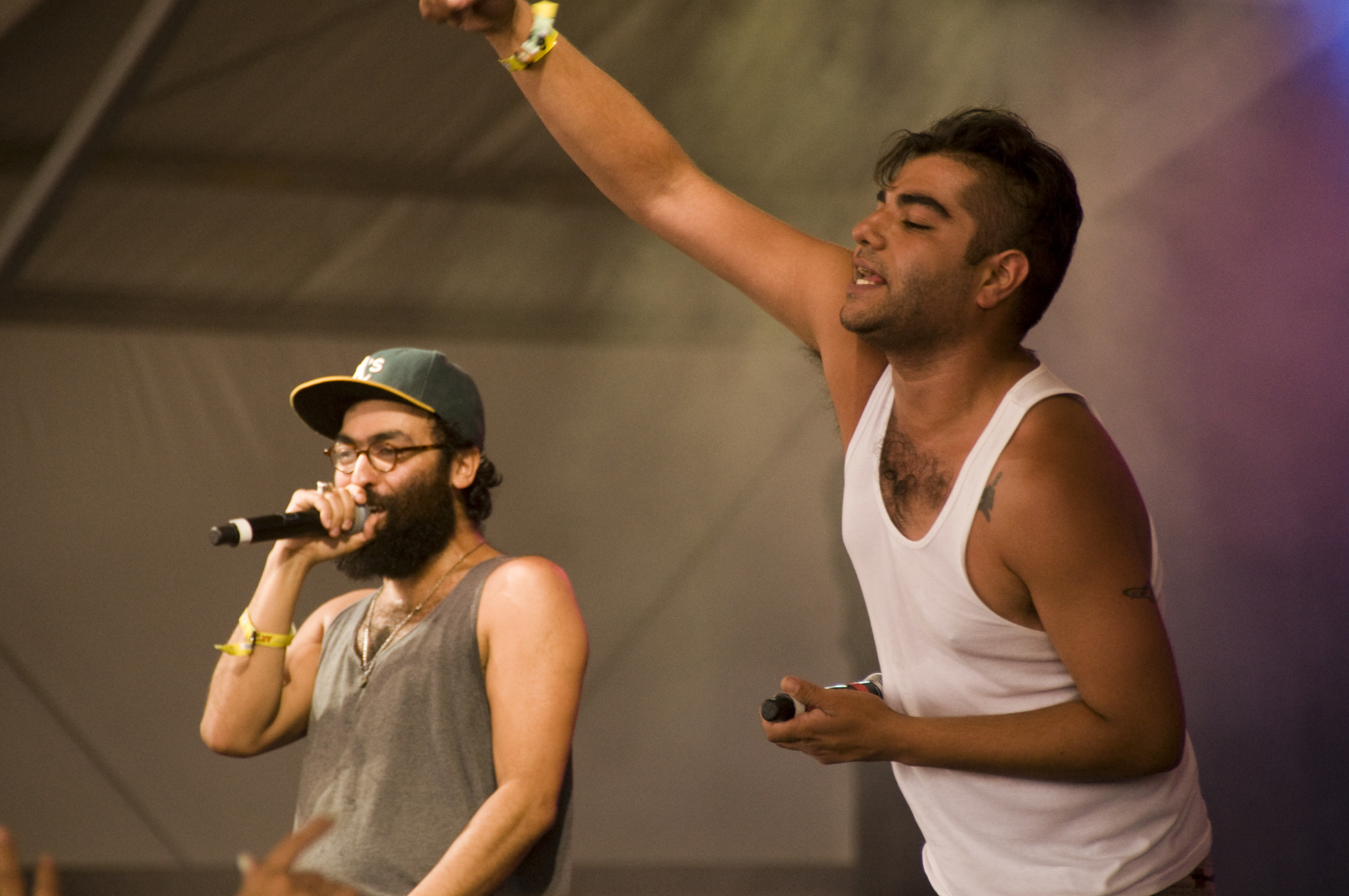 Heems and Victor of Das Racist at Bonnaroo 2012

Did you see the post we did back in the May of 2011 about which of that summer’s bloggiest hip-hop acts were going to make it for the long haul?  We pitted Kreayshawn, Das Racist, and Odd Future Wolf Gang Kill Them All against each other in a discussion of longevity in the relevance department (FYI, that is still one of the most popular post in this little site’s history).  You certainly haven’t heard the same ruckus out of Odd Future that you did in the Spring of 2011, and Kreayshawn finally made a record too long after her relevant single “Gucci, Gucci“.   That being said, Das Racist was the first horse to officially withdraw from the race, despite being the only one of the three to ever play Nashville… and then returned to the area at last year’s Bonnaroo.

However, in the same vein as probably happened to Odd Future, both Heems and Victor seem to have embarcked on fairly prolific solo careers.  While it may not tackle the same depth as “Combination Taco Bell & Pizza Hut”, it is still a reminder of how great things could have been if the weed kept burning right for those fellas.

RIP.  Reunion in 2016 at the Combination Hardees & Red Burrito.  Billy Joel will open up with “Movin’ Out”.  See you then.

Check out a fairly new track from Heems called “Killing Time”, and then reminisce with the two above implied Das Racist tracks.