After a crazy pleasant autumn around here, it has now been raining here for the past three days straight.  That can quickly change your mood.  It makes it hard to want to leave the house.  It makes me want to hole up.  Hole up and find a good quiet record to listen to.  We were introduced to that record earlier this week, and the timing couldn’t have been better.

Luke Roberts grew up in Nashville, but moved to New York, presumably, to find his direction.  Not sure that New York was the answer for that, because he later left to explore the American west with two kittens.  It’s a story familiar to me, because I have taken similar roads in my life (minus the cats). 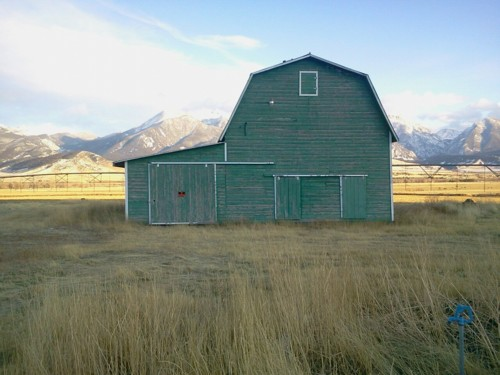 Nashville-native Luke Roberts’ Big Bells & Dime Songs (released November 8th via Thrill Jockey) appeared on our doorstep lightly covered in rain, and almost washed away.  It was the perfect way for that record to arrive.  It is a beautiful debut effort by Roberts.  Self described as “songs about running, stumbling, falling, crashing, crying, spitting, fighting, sleeping, dancing, healing, bruising, the butterfly, crawling, creeping, building, flying, fording, gargling, just starting out, homecoming, claiming, calling, bridges, tunnels, planets, and the sun and money”; I hear it more as the metaphor for those defining moments in life.  Those moments when you feel lost, but you keep exploring to find your center.  The songs are the stories of Luke’s searching, and the music has some assistance from members of Harvey Milk.  Listening to it reminds me of my more intimate affairs with Will Oldham.  It’s just hits the heart in the right way at the right time of your life.

Luke is currently heading back to Nashville “for a while”, and I am told that we will get at least a couple of gigs out of him while he is town.  I’ll keep my ears open for that.  In the meantime, you can follow Luke’s travels via his Tumblr photoblog.  I’ve included the track “Dime Bag” below that you are free to download.  While you are listening to that track, have a read of Luke’s guest post over at The 405 blog talking about his travels.  You can buy the record (and have a listen) at his Thrill Jockey artist page.  You can also check out the video for “Unspotted Clothes” below.