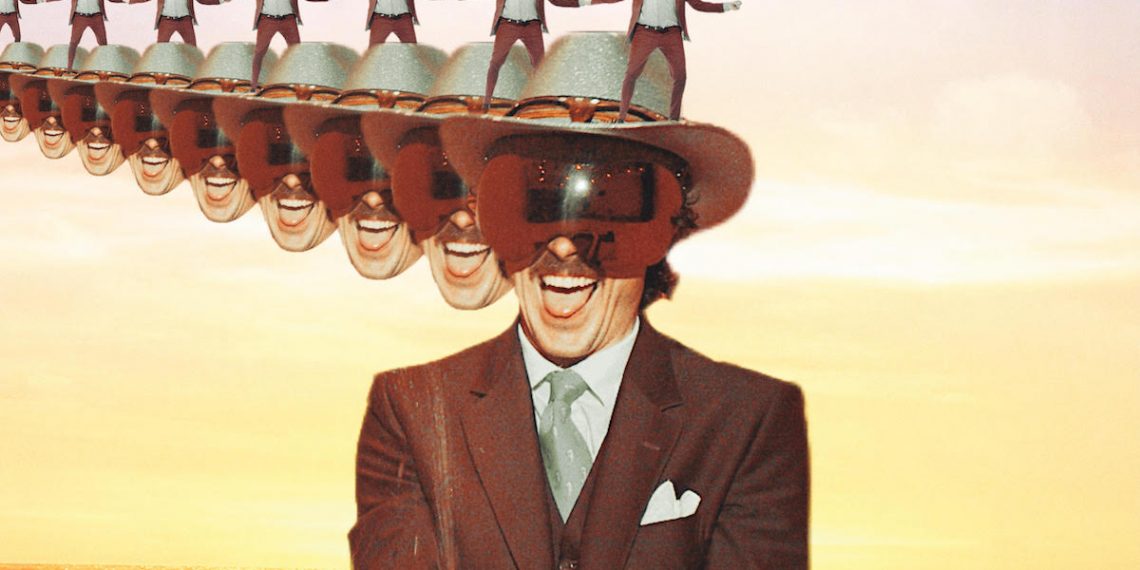 Summertime-primed, tropical dance-punk vibes? Check. A groovy and bright new music video? You know it. Endearingly silly and lightly Daft Punk-esque alter egos? They’ve got that too. And finally, an ode to the hippest, most refreshing sparkling mineral water around, bringing some much needed escapism as we grasp for normalcy this summer? Just what we needed. And if that all sounds just as perfect to you, you’ll definitely want new local duo Travollta on your radar immediately, who earlier this week made their welcome formal introduction with debut single and accompanying music video, “Topo Chico”!

Made up of Atticus Swartwood and Andy Heath (who you almost certainly know from local projects like Tayls, Molly Rocket, and Chalaxy), performing as their helmeted alter-egos Coolio Heart and Radical Dex Rowdyhouse, Travollta have been kicking around for a little over a year from the looks of their social media, but, with “Topo Chico,” they’ve instantly captured our attention as yet another promising and eclectic new project to keep an eye on, from a pair of musicians who currently are and have been involved with some of Nashville’s greatest underground acts.

Mellow, groovy, and hook-laden, “Topo Chico” toes the line between dance-punk and tropical pop, and works hard to melt away our anxieties, begging for an escape to a word of refreshing bubbles and positive vibes. Produced by Swartwood and Heath and recorded at North Valley Studios, the tune was engineered by Spencer Sayer, mixed by Darwin Smith, and mastered by Chris Frasco, and features art by Jake Diggity.

The video, with bright and eye-popping production, especially for a debut effort, matches the energy of the single perfectly, packed with fun and funny visuals, dancing, and laid-back energy. The spot was directed by Houston Mathews, choreographed by McCall Donoho, and stars Donoho along with the band, with makeup by Bessie Pearl Dennie, and wardrobe by Mo Balsam. You can watch it right now below!

If you dig what you hear, be sure to catch Travollta live TONIGHT, July 9 at The East Room! Also featuring Soft Bodies and Athena, DJ sets from Ken Sable, and lights and visuals from Terror Pigeon!, the $10, 18+ show will also boast free Topo Chico, and sounds like a perfect summertime escape. Don’t miss out!