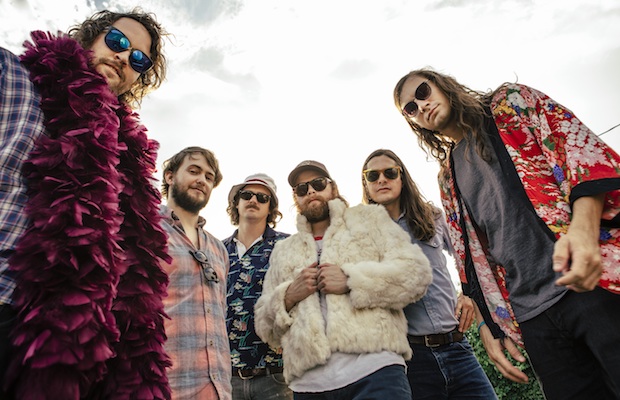 Athens psych-infused country rock outfit Futurebirds have been a group we’ve loved keeping an eye on for years, growing from a buzzy hometown fixture to a band with international acclaim, who’ve logged countless tour dates, appeared at numerous top festivals, and, across three LPs, a live album, and four EPs, have consistently churned out well-received efforts, perfecting their eclectic sound and bridging genres. The band return to Nashville tonight, Feb. 10 for a performance at The Basement East with similarly-styled locals Banditos and Athens up and comers Neighbor Lady. It’s a stacked out bill and tickets are still available here, so grab yours now and read on for more about the show!

Futurebirds, Banditos, and Neighbor Lady will perform tonight, Feb. 10 at The Basement East. The show is 18+, begins at 9 p.m. (doors at 8 p.m.), and tickets are available to purchase for $15.