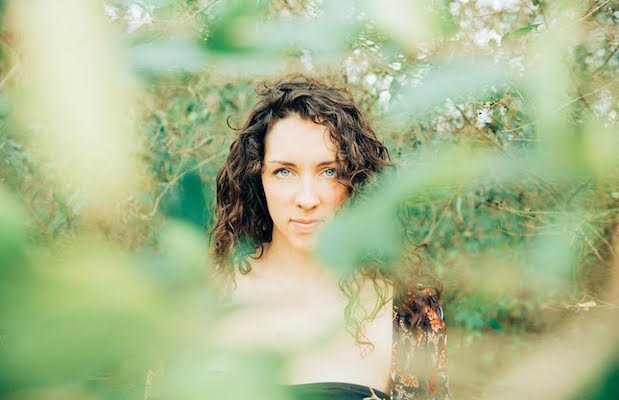 As far as huge weeks go, things couldn’t get much bigger for Jess Nolan. Not only will she be celebrating the release of her soulful R&B laced debut EP, Strike A Match, she is also the Lightning 100 Local Artist Of The Week.  This means that she will be performing for FREE on Friday night at Soulshine Pizza, and we’ve been told that she is bringing a ten-piece band (brass and all) with her for that performance! You may be just hearing her on the radio for the first time, but we’ve been well aware of her skills, ever since we saw her tear it up during the Road to Roo competition last spring.  So when she asked us to help her debut the EP a few days ahead of the official release, we jumped at the chance to help. During that conversation, we also chatted with her a little bit about the record, and life as a transplant in Music City. You can find the EP streaming, as well as the full interview, after the jump, and whatever you do, don’t miss her blow-out (did we mention free?!) performance this Friday at 7pm.

No Country: Thanks for taking the time to chat, and for letting us share your record a few days early.

Jess Nolan: Thanks for calling!

NC: So, you’re pretty new to town. Where are you from, and why did you pick Nashville?

JN: So I’m originally from Highland Park, NJ, super small town in central New Jersey, and I went to the University of Miami (FL) for four years, graduated in May 2014, and moved here about a year ago. I picked Nashville because I didn’t really know anyone here who was doing the kind of music that I wanted to do, and I felt it would be a really cool thing to do here. Start up a scene of r&b/soul, join up with the few people that are doing that here, and sort of help grow that scene a little bit. And, so far it’s been amazing! I feel like in the past year so much has happened that it doesn’t even feel like it’s only been a year. I love it so far!

NC: You seem to have hit the ground running. We see your name around town a lot, and saw you perform during the Road to Roo competition. Are you kind of surprised at how well things have gone?

JN: Yeah, I am. When I was going to school in Miami, I was sort in my music school bubble. I’d play out a little bit, but hadn’t performed my original songs too much, outside the school environment. So when I moved here, I didn’t really know what to expect. I was pretty nervous, but I’m a very motivated person, and this is what I’ve wanted to do since I was twelve-years-old listening to Alicia Keys. There really wasn’t any other option in my mind, other to pursue this as a real legitimate thing. I pushed myself, met as many people as I could, stayed genuine, kept writing, and so far it’s served me well. So I’m a little surprised, but I’ve known I’ve wanted to do this for a very long time.

NC: Sounds like you have the right attitude too. You know you have to work hard, and not take it for granted.

JN: Definitely. And I think the little victories to me are just as important. When the Road to Roo thing happened, that was big for me. As little as it may seem to someone else, that was a very big thing for me. Every show I play I look at as an opportunity to gain fans, get my music out there, and meet other artists.

NC: Speaking of getting your music out there, tell us a little about the new record.

JN: There are four songs on the EP. The first single is “Your Gravity,” and that’s the song Lightning 100 has been spinning all week. I wrote all the songs during my senior year of college. I was going through a growth period. I was starting to figure out if music was really a viable option for me, and if I could really pursue my dream, which I’d wanted for so long. I named it Strike a Match, after a lyric in the first song “Burn,” but I named it that because it sort of feels like the beginning of my career. I’m really proud of these songs, and I think they are really strong. They’re a little more anger driven, and really passionate as far as lyrics go, and they all come from real experiences. I also did the album artwork, I’m an oil painter as well.

NC: Very cool. Tell us about your very special performance coming up this weekend.

JN: I’m  doing the artist showcase at Soulshine Pizza for Lightning 100, on the record release day (Friday). It starts at 7pm, it’s a free show, and I have a ten piece band lined up. Full horn section, back-up vocalists… I’m going all out for it! It’s going to be a freaking party on stage basically.

NC: Sounds bad ass, we can’t wait! Thanks again for letting us share your debut, and we’ll see you Friday.

Jess Nolan will celebrate her record release show this Friday (Sept. 9) at Soulshine Pizza.  The all ages show is FREE and starts at 7 pm.