Stream New Single “Wait For It” From Benjamin A. Harper Ahead Of Friday Release Shows! 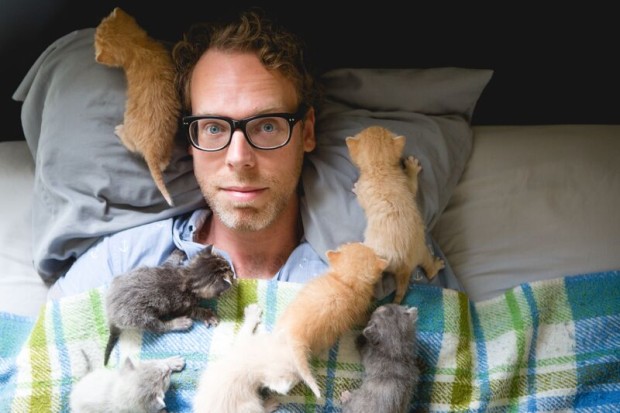 Benjamin A. Harper is my friend/acupuncturist’s next door neighbor. That’s Nashville. What you might not know though is that he’s one part of Magnolia Sons, a 10-piece supergroup, and his first solo album after many years will release this Friday (July 24th), titled Get Thee Behind Me. He is set to play an album release in-store performance at Grimey’s at 6 p.m. on Friday, and, then, he will open later that same night for Anderson East at The Basement at 9 p.m. The Basement show is SOLD OUT, so head over to Grimey’s at 6 o’clock to see Benjamin A. Harper use all the instruments he possibly can from his new album. I’m hoping for: violin, synth, whistling, and harmonica at least.

At first listen, Benjamin A. Harper‘s Get Thee Behind Me brings crescendos in and out and in again with a quiet chorus to jazz snare and lavish piano runs to a loud, crowded melancholy in the title track. I definitely hear the Harry Nilsson influence, and Grizzly Bear is also brought to mind. He also uses the bouncing around, echoing voices technique of Spoon (among other similarities), particularly in his 2nd song, “The Queen.” His expanded use of clapping & staccato elements, production experimentation, and freedom to switch styles in a matter of seconds is what makes this album a stand-out.  Stream the single “Wait For It” below to get just a little taste!