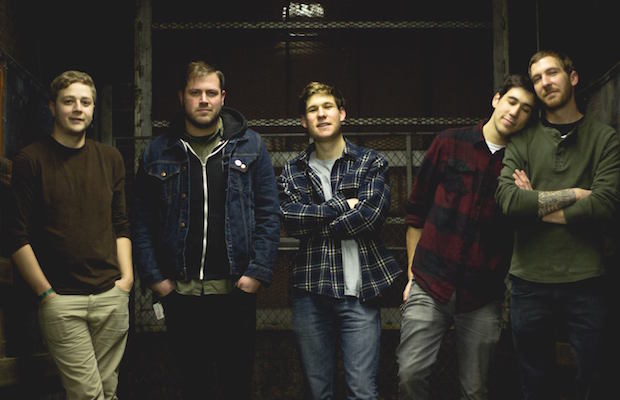 We love house shows, and, lately, the best spot for ’em in Nashville seems to be Exponent Manor. Typically sticking to the punk side of the spectrum, the house has played host to tons of exciting acts as of late, and their $5, 5 band bill TONIGHT is no exception. Indie folk group Meridian (featuring members of Signals Midwest) headline the show, which also features an eclectic bill of Atlanta’s Microwave, Texas duo Fox & Cats, Mississippi’s Light Beam Rider, and new local act The Lonely Corners. Get to know all of the bands below!

Boasting members of Signals Midwest, Cleveland’s Meridian are a punk influenced indie folk group, who should appeal to fans of the Mountain Goats, Frank Turner, and The Weakerthans. Their 2014 LP, The Cathedral, was one of the best underground releases of last year.

Atlanta’s Microwave are the definition of an “artist to keep an eye on.” Funneling punk sensibilities into a soulful, indie, and eclectic sound, the group’s latest full-length, Stovall, is an incredible release that you should be hip to, and their close proximity to Music City means they make it to town for shows fairly often.

Texas guy/girl duo Fox & Cats are a charming, poppy indie act whose emotional, hypnotic style channels some of the more innovate pop punks acts of the ’00s like Say Anything and Manchester Orchestra.

Proggy, poppy post-rock act Light Beam Rider hail from Mississippi, and channel a bit more manic energy and upbeat tendencies than the rest of this lineup.

The Lonely Corners are a new act on the local scene, and channel elements of indie, pop punk, and alt rock, wrapped into ambient and haunting compositions. Show up early and see what they’re all about!

Meridian, Microwave, Fox & Cats, Light Beam Rider, and The Lonely Corners will perform tonight, March 9 at Exponent Manor. The show is all ages, begins at 8 p.m. (doors a 7 p.m.), and tickets are available for $5 at the door.