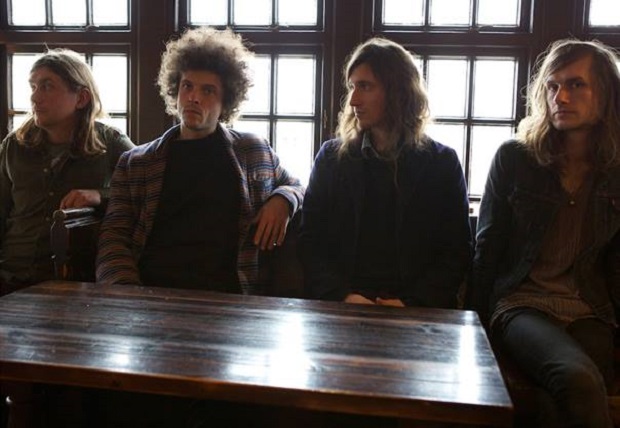 Most outside of England haven’t heard many tales of the Canterbury music scene since the mid ’70s, when the psychedelic rock craze was on it’s downslide.  However, a generation later, a phoenix is rising from the (pot) ashes.  Syd Arthur bring a fresh take on psychedelica with an obvious nod to fellow Brits Jethro Tull, a sprinkle of world music, a dash of funk, and a nice R&B at times garnish.  Fans of the aforementioned Tull, will find more than a twinge of satisfaction in their 2012 release On And On, whose single, “Edge Of The Earth,” seems to harness an almost Radiohead meets (dare I say) Jamiroquai quality that is sure to twist a few ears on the farm this summer.

After several years of toiling within the Canterbury scene, Syd Arthur have certainly caught the eye of someone that loves them.  They are currently on tour with The Pixies, and are featured in this year’s Coachella bill.  They have a much anticipated LP Sound Mirror due out this summer as well.  You can have a listen to their 2012 release On And On below, and check out the video for “Edge Of The Earth” below.

LISTEN | On And On