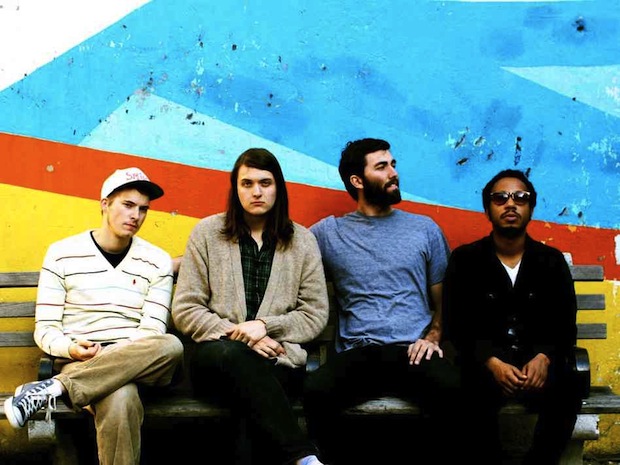 Not ready to hang it up after another awesome weekend? In Music City, U.S.A the party and the bands never stop, so you don’t have to either. Tonight is no exception and for the low, low price of just $12 you can get three awesome bands that spend a gamut of sounds. Headliners Miniature Tigers have a bit of a pop flare, Bear Hands is more post-punk and Total Slacker channels a more psychedelic vibe, but all three are considered part of the now cure-all sub-genre tag ‘indie’. In addition to also rocking, all three are from the New York City area, so let’s all do our best to convince them our music scene rivals any other!

Doors at the High Watt open at 8 pm and you can still buy tickets here. It’s an 18+ show so nearly all are welcome. We’ll be there and probably having an adult beverage or two so join us and learn more about the line-up after the jump!

For the bands latest album Cruel Runnings, which drops 5/27, they said wanted to make a record something like Weezer’s Blue Album. Not track for track mind you, but recreating “the feeling of listening to that album at age whatever.” As people who view that album as pivotal in our early musical awakening, we can’t wait to hear more from this new record. It’s their fourth full-length release, and we also hope it doesn’t stray too far the previous efforts we know and love. Check out the latest LP’s first single “Swimming Pool Blues”.

Their recent single “Giants” has been blazing a trail from earth’s orbit via Sirius Alt Nation and we couldn’t be more impressed with the album, Distraction, that comes with it. A lot of people are just discovering the hypnotic, robotic lyrical delivery, beat machine dance-ability and catchy riffs of the mentioned single but don’t worry if you’re not hip yet, we have their new accompanying video attached below and damn is it good! Where else can you get a Rock Chalk, Jayhawk (University of Kansas mascot) and Ol’ Dirty Bastard shout outs in one place?

The newest of the three bands, Total Slacker is filling out the bill in support of their latest effort and second full-length, Slip Away. Their tripped out video below is a pretty good appetizer to get you ready for tonight’s  jam packed line-up!

Miniature Tigers, Bear Hands, and Total Slacker will perform TONIGHT at The High Watt. The show is 18+, begins at 9 pm (doors at 8 pm), and tickets are available for $12.