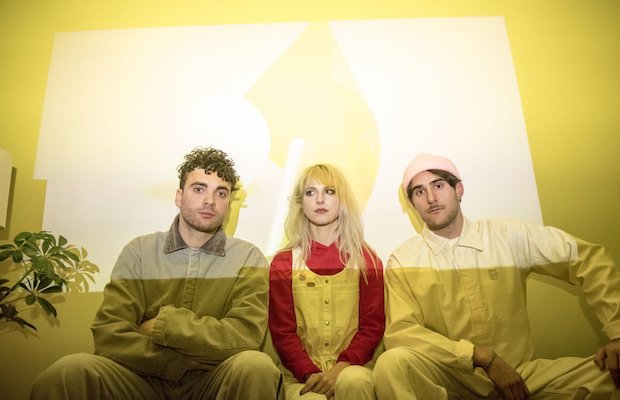 UPDATE: Check out our full review and photos from the show right here!

Less than two days from the release of their long-awaited, fraught, and cathartic fifth album After Laughter, a record that, by all accounts, nearly didn’t happen, acclaimed local rock trio Paramore are set to make their return to the stage tonight, May 10 at Exit/In,  kicking off a new chapter- or “era,” as they like to call them- for a band who’ve remained hyper-local (and incredibly grounded) while becoming a global juggernaut.  Tickets are available only in-person, beginning at 9 a.m. CDT for $20 cash, and are non-transferrable and limited to one per person, and the show, which begins at 9 p.m., is strictly 18+.

It’s been 716 days since Paramore last played a concert on land and 429 since their Parahoy cruise at sea, the later of which came at a time when the group were briefly a duo, after a messy parting of ways with original bassist Jeremy Davis, endangering the future of the band as, over the past year, they regrouped to figure out how and if they might continue. Thankfully, singer Hayley Williams and guitarist Taylor York opted to channel that and other recent struggles into what might be their best (and certainly most fundamentally essential) effort to date, a flourishing, nostalgic, unabashedly pop masterpiece primed to be a worthy successor to their massive, Grammy winning eponymous 2013 transitional effort.

An important part of what helped Paramore persevere has been the return of drummer and founding member Zac Farro, who, along with his brother Josh, exited the band in late 2010 on somewhat rocky terms. Restoring not only a fundamental piece of musical influence to group’s dynamic, Farro, who spent his time apart channeling his energy into fantastic solo outfit HalfNoise, has also seemingly helped return a healthier, uniquely creative personal dynamic as well, bringing his visual flair and fun, kindhearted spirit as the band effectively rebooted, opting to write and record entirely at home in Nashville for the first time ever.

Paramore are a band who, above all else, and no matter how successful they’ve become, love their fans endlessly, and have gone to great lengths to stay connected, accessible, and transparent. It feels only fitting that, before the festivals and the talk shows and the international tours, they return not to an arena crowd, not to some random city in whatever town a tour happened to bring them, but to the place they began, in front of fans excited enough to wait in line for hours to buy tickets in person, among friends, family, and the support system who’ve enabled them to rediscover themselves.

If you’re lucky enough to experience tonight in person, you’ll witness one of the most intimate shows Paramore have played since rising to worldwide prominence, the prologue to their most exciting era yet. If not, you will, without a doubt, get a chance to see the band on the road soon; this is just the start of another huge record cycle. We’ll be there to document it, so look for a full review tomorrow, and, of course, stream or pick up a copy of After Laughter on Friday.