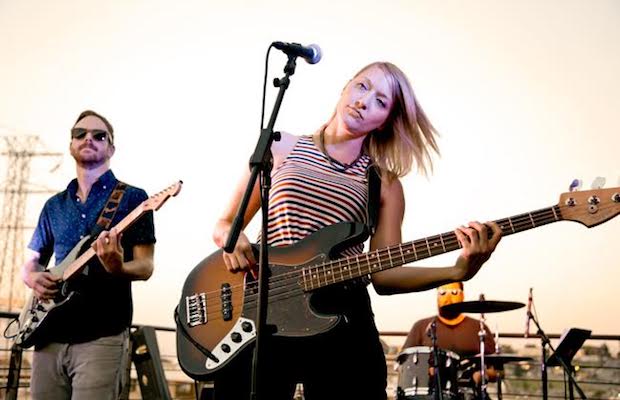 Since first arriving on the scene in late 2015, we’ve watched local alt pop trio Dead Cures, made up of ex-Kink Amor frontwoman Sharon Junk, along with Michael Kisak and Dre Williams, come into their own, especially live, as the band have been generous in performing around town over the last year and a half, forgoing an impressive and must-see show. Hard at work on their debut full-length, due out this fall, the group have, so far, averaged just a song a year while honing their sound. We previously premiered their debut, “Say Everything Now,” and last year’s “All the People,” and, today, we’re thrilled to bring you a taste of what the trio have been hard at work on, with brand new track “Listen Repeat.”

Hear “Listen Repeat” below, look out for its official release tomorrow, and catch Dead Cures live May 5 at Little Harpeth, performing with Jon Reynolds!