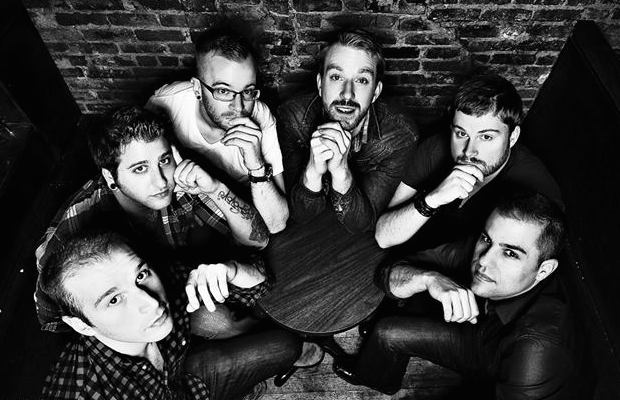 Although Bonnaroo actually takes place 45 minutes away in Manchester, it’s inextricably linked  the music scene here in Nashville.  It shouldn’t be too surprising then that Bonnaroo likes to feature a number of rootsy folk rock and indie revivalistic acts, since that’s one of the more popular genres on the circuit here in Music City. Today’s Bonnaroo Club Stage Band of the Day, Bronze Radio Return, fall squarely into that category. While this six piece formed up in Hartford, Connecticut back in 2007, they certainly sound like they’re from around here: they’ve got that warm indie rock feel, vocals that have just a hint of a drawl, and quite memorable hooks. It’s the complete package, and it’s hard not to imagine that this band wouldn’t receive a warm reception at a venue like 3rd and Lindsley or Exit/In (which they actually just played a few nights ago).

Sonically, the band make a conscious attempt to play music that’s an homage to the songs and tracks each of its members grew up listening to. This lends a very approachable demeanor to Bronze Radio Return’s tunes, as evident in their breakout album, SHAKE!SHAKE!SHAKE!. However, there has been a conscious effort to inject some modern day sensibilities into their tunes, and it’s quite evident that the group were also influenced by the likes of the Lumineers, Dr. Dog, and perhaps even the Milk Carton Kids. Regardless of how they arrived at their current sound, however, it’s obvious that the formula is working, as Bronze Radio Return’s most recent album, Up, On & Over, is filled with rocking, catchy, and simply well-written tunes. Don’t just take it from us, however, take a listen to some of their tracks below. If you like what you hear, be sure to catch their set on Sunday at the Miller Lite New Music on Tap Lounge at Bonnaroo in just three weeks (!!). If you really want to dig deeper, you can also catch Bronze Radio Return at the Solar Stage on Friday at 2 p.m., where they will be both performing and giving a live interview. We could hardly think of a better way to get to know a fantastic band.

Watch Conor Oberst Chat About His First Concert, Perform on 'Fallon' | Win Tickets to See Him June 6 @ The Ryman