Does anyone else think it is weird that Portishead just curated and played the ATP Festival on the same week that Björk released her highly anticipated album, Biophilia, and Zola Jesus released her new highly acclaimed record Conatus?  I mean, three female acts that revolve hypnotic vocals over crazed beats are making waves in the same week!  Coincidence, right?  I dunno. 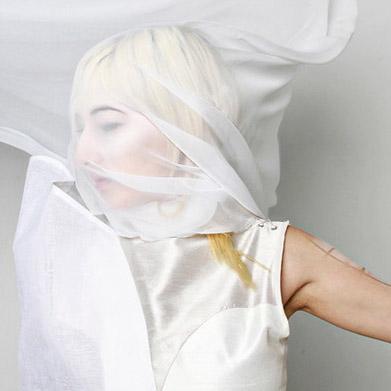 Anyway, have you heard the new Zola Jesus record?  We mentioned it as an exciting new release on Tuesday.  Zola Jesus is the stage name of Russian/American Nika Roza Danilova.  Danilova grew up like most of kids in Wisconsin, except she started singing opera tunes at the age of 7.  She began recording under the moniker Zola Jesus from her apartment while attending University of Wisconsin-Madison in 2009, and she subsequently released her debut LP The Spoils.  A myriad of EPs, compilations, and another LP followed, as did tours with Fever Ray and The XX.  If you want to get to know more about her, you can click here to read her wikipedia write up.  It will give you something to do while listening to her almost hypnotic tracks below.  When you are done with all of that (and, if you still care) you can click here to see some films that have influenced her sound.