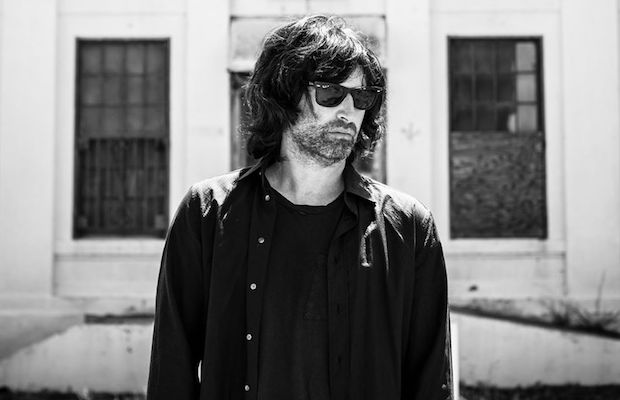 It’s been nearly 20 years since singer-songwriter Pete Yorn released his debut LP, Songsforthemorningafter, to breakout, international acclaim, earning praise for his folk-infused alt rock sound, and positioning him as an instant star. In the years since, Yorn has continued to hone his craft, releasing a string of eclectic, diverse, and well-received efforts, including a few collaborations with Scarlett Johansson, who he teamed up with most recently last year’s Apart EP, an effort Yorn followed up this year with his latest full-length, the polished and personal Caretakers. A seasoned and accessible performer with mass appeal, Yorn is an absolutely stunning live performer, and though he’s no stranger to Music City, any time you can catch the singer-songwriter in an intimate spot like The Basement East, where he headlines Dec. 4 with buzzy indie folk outfit Wilderado, it’s an absolute must-see show! Tickets are still available here while they last, and we encourage you not to procrastinate, but we’re excited to announce that we’re also giving away a pair of tickets to one lucky fan! If you’d rather leave things to chance, read on for more about the show, and enter for a chance to win below.

New Jersey native Pete Yorn took a rather unique route to singer-songwriter acclaim, gaining his first big break by providing the score to a Farrelly Brothers film. Having graduated from Syracuse University several years prior, the 26-year-old pulled up stakes in 2000 and relocated to Los Angeles, where he began writing music for film and television. Prospects increased when Yorn was recruited to score the Farrelly’s Jim Carrey-starring Me, Myself, & Irene. One of his own pop/rock numbers, “Strange Condition,” appeared on the film’s soundtrack and was subsequently released as a single, where it fared well on the modern rock charts and increased public demand for Yorn’s songwriting. After netting a record contract with Columbia, Yorn returned to the studio and co-produced his debut album, 2001’s Musicforthemorningafter, with Brad Wood and R. Walt Vincent, notably playing the bulk of the instruments himself. Yorn supported the album by touring for 18 months, enabling Musicforthemorningafter to go gold by early 2002. The following spring, he returned with the earnest Day I Forgot, which featured several contributions from R.E.M.’s Peter Buck. A year later, Yorn issued his first live album, Live from New Jersey, a double-disc set that captured his late October performance at the Community Theater in Morristown, New Jersey. For his third studio LP, Yorn enlisted collaborators such as the Foo Fighters’ Dave Grohl and the Dixie Chicks’ Martie Maguire and Natalie Maines to shape the sound of Nightcrawler. Produced by Butch Walker, the album arrived in August 2006 and replaced Yorn’s folky leanings with a more rock-oriented foundation. Another noted producer, Bright Eyes alum Mike Mogis, was enlisted to helm Yorn’s next record. The resulting Back and Fourth was recorded in Omaha, and released in 2009, prefaced by the lead single “Don’t Wanna Cry.” Yorn returned later that year with another album, this one recorded alongside actress and vocalist Scarlett Johansson and inspired by the famed duets of Serge Gainsbourg and Brigitte Bardot. Although the project was finished several years prior, Break Up didn’t see the light of day until September ’09, after several of Yorn’s friends urged him to issue the material; the album went to 41 on the Billboard charts. In 2010, Yorn released his self-titled fifth studio solo album featuring production from the Pixies’ Frank Black; the record peaked at 66. Yorn’s next project was the Olms, a band he formed in 2011 with J.D. King. During 2012, the band recorded the album that became their eponymous 2013 debut. Released that summer, the album peaked at four on Billboard’s Heatseekers chart. The Olms claimed another album was in the works — indeed, they released an EP of live material in the fall of 2013 — but Yorn first returned to his solo career. He signed to Capitol in 2015 and reunited with R. Walt Vincent — the producer of Musicforthemorningafter — for 2016’s Arranging Time. Working once again with Johansson, Yorn issued the 2018 EP Apart, a sequel to the duo’s 2009 collaboration Break Up. Another duet appeared later that year, this time between Yorn and Liz Phair on a cover of Pixies’ 1989 classic “Here Comes Your Man.” And finally, earlier this year, Yorn returned with Caretakers, an album made with Jackson Phillips of Day Wave, which yet again pushes his creative boundaries, and feels like an accomplished and confident singer-songwriter two decades in, firmly settled into his craft. An enigmatic life force with a powerful catalogue, catching Yorn in an intimate spot like The Basement East is a must for any fan old or new!

A collision of beauty and imperfection, of hope and human frailty. That’s what defines Wilderado’s gorgeous 2018 EP, Favors. Recorded with production mastermind Phil Ek (Father John Misty, Fleet Foxes), the project ushers in a new era for the Tulsa rockers as their already-epic sound pushes into more nuanced and mature territory than ever before. An arresting confluence of soaring melodies, lush harmonies, and driving indie rock, Favors is the band’s most collaborative work yet, bearing the distinctive writing influence and unique sonic sensibilities of all four members (lead singer/guitarist Max Rainer, bassist/vocalist Colton Dearing, guitarist/vocalist Tyler Wimpee, and drummer Justin Kila). The group released a pair of EPs— Misty Shrub and Latigo— in 2016, and a collection of singles in 2017 to widespread critical acclaim, with Consequence of Sound hailing the music as “glorious” and Paste lauding its “South-Central Americana-meets-Laurel Canyon vibe.” Praise across the pond was similarly effusive, with NME highlighting the band’s “impressive harmonies” and Clash falling for their “natural grace.” The songs racked up more than 15 million streams on Spotify and helped Wilderado earn festival performances from Bonnaroo to Sasquatch in addition to dates with Band of Horses, Lindsey Buckingham & Christine McVie, Judah & The Lion, and more. When it came time to cut Favors, Rainer and his bandmates headed north for nearly two weeks of intensive recording sessions at a pair of Seattle’s most storied studios: Avast!, which has played host to Death Cab For Cutie and The Shins among others, and Hall of Justice, which in its various iterations has welcomed the likes of Nirvana and Sleater Kinney. In both studios, Ek helped the band bring their signature sound to new heights, capturing all the grandeur and drama of their arrangements without sacrificing any of the grit or muscle behind it. A perfectly suited match to Yorn and an exciting rising act in their own right, you’ll definitely want to show up early to see Wilderado in action!

Winner will be announced Tuesday, Dec. 3 at 12 p.m. CST, and will receive one pair of tickets. Good luck!