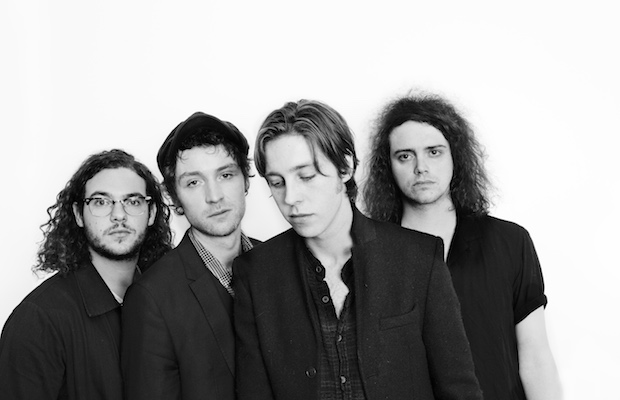 Though they technically formed in 2007 in Wales, their early days characterized by perfecting their instruments while honing their sound and literally playing in parking lots after proper gigs to reach new fans, UK indie rockers Catfish and the Bottlemen didn’t rise to broader recognition until the past few years, fueled by the buzzy, breakout success of 2014 debut album The Balcony. Helmed by frontman Ryan Evan “Van” McCann, the group’s straightforward approach to guitar rock, drawing influence from alternative, indie, ’80s post-punk, and contemporary garage rock, has set them apart from their more adventurous, genre-bending peers; The Bottlemen’s thick, hook-laden sound is dependable, heavy, and simply rock and roll, polished by nearly a decade of practice. After an early, well-revived batch of tracks and EPs, the band were scooped up by Communion Records, only to be picked up by major label Island ahead of their debut (and moved to Capitol for their second album). Thanks to media praise, radio love from big names like Zane Lowe, and even their first Brit Award, the band have seen a quick rise in prestige in a short time, bagging appearances at events like Bonnaroo, Reading & Leads, Governors Ball, and more, and making their U.S. TV debut on the final stretch of Letterman. 2016’s sophomore effort, The Ride, managed to pack even more rock energy and honed songwriting, landing at #1 on the UK charts and bagging multiple new radio hits, and their latest and third album, this year’s The Balance, is another commercial hit and one of the most buzzed about rock records of the year, propelling them to even bigger tours and festival spots.

It was just a few years ago you could see them at spots like The High Watt and The Basement, but with their breakout success, Catfish managed to leapfrog beyond “band you should watch” to “band you need to know,” and it’s no surprise that after rocking Marathon Music Works in 2016, they’ve graduated to headlining the legendary Ryman Auditorium tonight, Oct. 7! Canadian alt rockers July Talk, another band we’ve loved watched blow up over the last few years, are tapped to open, and tickets are still available here while they last. With great new tunes in tow, it feels like there’s never been a better time to catch the group’s energetic, earnest live show in action; don’t miss your chance!

Catfish and the Bottlmen and July Talk will perform tonight, Oct. 7 at The Ryman Auditorium. the show is all ages, begins at 7:30 p.m., and tickets are available to purchase for $35-45.