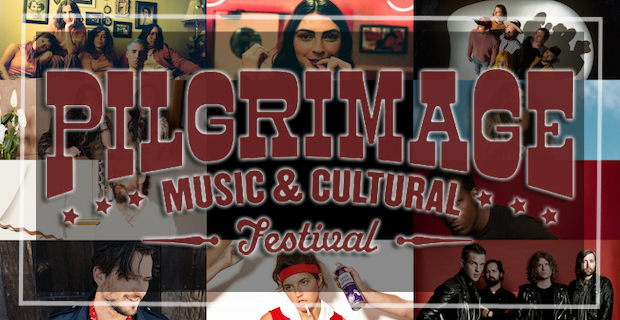 We’ve been buzzing about it for months, and the week has finally arrived, as we prepare to head to Franklin’s Park at Harlinsdale this weekend, Sept. 21 & 22 for the fifth annual Pilgrimage Music & Cultural Festival. We had a blast at years one, two, and three, and though year four was a bit of a speed bump with an unfortunate rain cancellation, it introduced an expanded lineup, new performance areas and amenities, and additional changes and improvements that have carried forth into 2019, this year’s installment promising to be the biggest yet. With around 70 acts, both local and national, slated to perform across half a dozen stages and performance areas over two days (not to mention a kids stage and new Mare Barn Theatre), plus local artisans and vendors, Pilgrimage is a community-rooted fest designed for music lovers of all ages and walks of life, and we feel incredibly happy to have such a great, growing event in our backyard. With a variety of ticket options still available here, it’s not too late to make it to this wonderful event, and as we do each year, we wanted to help those attending make the most of the weekend with our handy festival guide, highlighting our top 10 artist picks, from a variety of stages, broken down for each day of the fest. To get you ready to make the Pilgrimage, check out our 10 most-anticipated Saturday performers below!

Boasting lush, hypnotic harmonies and a knack for crafting melodically dense indie folk, LA’s The Wild Reeds sprung onto the scene with a self-released debut in 2014, and have since released two more sonically-honed efforts through Dualtone, most recently this year’s Cheers. Definitely folk rooted, their sound has plenty of wide appeal (imagine Eisley run through a Laurel Canyon filter), and though their set is incredibly early, it’s well worth the punctuality.

Another early performer you’d be remiss to overlook (this is an early fest so make a full day of it!), Philly raised, New York based indie pop singer Anna Shoemaker channels that r&b and hip hop influenced, electro-infused flavor of cool contemporary pop we can’t get enough of. Though her debut EP, East Side, only dropped last year, Shoemaker is quickly amassing buzz, and is a shining pop gem amidst a lineup more flush with rootsier, singer-songwriter types.

Formed a decade ago in Seattle, indie folk outfit The Head and the Heart sprung to national acclaim in the early 10s, and have become a dependable festival act, renowned for their live show, which they’ve honed traversing the globe with numerous huge acts. Their latest and fourth LP, Living Mirage, is particularly polished and honed, and as less memorable peers from the indie folk boom have faded, THATH remain one of the coolest, most dynamic acts.

Hailing from Louisville and long based in LA, before more recently relocating to Nashville, alt country and indie folk duo The Watson Twins rose to prominence with their 2006 Jenny Lewis teamup, Rabbit Fur Coat. Their associations with Lewis have endured, but the twins have also maintained a respectable solo career as well, most recently releasing perhaps their best full-length ever in last year’s DUO. With Lewis on the bill too, expect some surprises.

Though she has the dubious honor of being the very first performer of the fest (at least on the four main stage areas), local pop singer Bre Kennedy, who you’ve likely seen us rave about in the past, is one of Saturday’s most essential acts. Boasting a powerful voice and sweeping, contemporary yet timeless indie pop style, Bre’s stunning recent debut EP, Jealous of Birds, is one of the year’s best records, and feels poised to help her break out in a major way very soon.

The musical alias of indie artist Matthew Houck, who hails from Alabama, cut his teeth in Athens and Brooklyn, and now resides in Nashville, Phosphorescent spent a decade achieving critical indie acclaim and a cult following before breaking out to wider recognition with 2013 sixth LP Muchacho. Since then, he’s been an in-demand festival performer and always one of our live favorites, also taking his time to craft a followup in last year’s C’est La Vie.

Texas neo soul and r&b crooner Leon Bridges always ranks highly on our most-anticipated festival lists, and that’s because he always puts on a hell of a powerful, unique, and engaging show. Since breaking out in a major way with his retro inspired 2015 debut Coming Home, Bridges has continued to flex his range and explore new musical realms, showcased on last year’s even more adventurous and more contemporary Good Thing, which we can’t wait to see brought to life in concert!

Though his home turf of Georgia and frequent base of LA can also lay claim to him, beloved rocker and producer Butch Walker has been apart of the Nashville scene for awhile now as well, asserting himself as a versatile, poppy, folky, and dynamic solo alt rocker after decades of fronting well-regarded glam rock and power pop bands. He’s also one of the most acclaimed producers and songwriters working in pop and rock today, responsible for countless massive hits, all of which consistently serves to make his solo music and live show better and better.

We’ve ranked New York based indie pop rocker Caroline Rose high on several festival recommendation lists lately, and that’s because it really feels like she’s having a moment right now. After breaking out with a folky, country leaning bent, Rose retooled her sound and style with last year’s masterful indie pop opus Loner, and has since been riding the wave of widespread critical goodwill, seemingly appearing at every other festival this summer. She brings a boost of extra cool to Saturday’s bill, and should be at the top of your must-see list!

While Keith Urban certainly should pull in a huge crowd (we’re curious to catch him, but you can likely guess from the name of the site that he’s not topping our list), Saturday’s top-line headliners The Killers are a hugely exciting get, exactly the type of cache and big-name pull Pilgrimage really needs to reemerge with a big year. We’ve recently caught the beloved, long-running alt rock and post-punk outfit headlining bigger events like Bonnaroo and Forecastle, which makes this slightly more intimate turn extra impressive. Eternally the flashy, Vegas bred showmen, the band’s live show is absolutely stunning, and even if you’re not the biggest fan, we’d be shocked if you don’t find yourself singing along (they know what you want to hear and stuff their set accordingly).