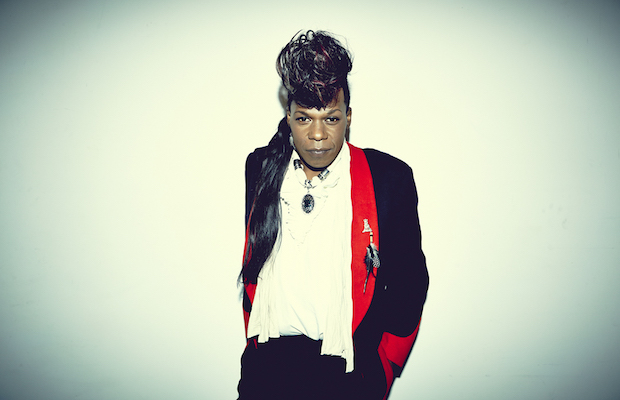 A longtime, important fixture in the New Orleans bounce hip hop scene (“a subgenre of hip-hop born out of New Orleans and known for its call and response style and lightening speed booty-shaking dance”), Big Freedia cemented her status as a regional star for the first decade of her career, including as one of the hardest working, earliest acts to return to the city after Hurricane Katrina, before spilling out into broader mainstream recognition. Raised on a steady diet of gospel, soul, and hip hop, the singer was born Freddie Ross, and seemingly identifies as a gay man, though prefers female pronouns as a performing artist. Nicknamed “The Queen Diva,” Freedia got her musical start in the late ’90s performing alongside local artist Katey Red, before releasing a string of solo albums throughout the ’00s. A 2009 performance at New Orleans’ Voodoo Fest would prove to be her big break, and quickly let to subsequent festival appearances, showcases, late night TV sets, visual art collaborations, media acclaim, and high-profile tour opportunities.

Over the past few years, Freedia has appeared on HBO, led a crowd to set a Guinness record, starred in her own FUSE reality show, penned an autobiography, and collaborated with increasingly huge artists, including an appearance on on Beyoncé’s “Formation,” which is just about as high-profile as it gets. Known for her outlandish live show, complete with backup dancers The Divas, Big Freedia, whose last release was last year’s Third Wave Bounce, is not just an artist, but a cultural phenomenon. Returning to Nashville proper for the first time since opening for LCD Soundsystem back in 2017, Freedia is set to play her largest Music City headliner to date tonight, Sept. 6 at Cannery Ballroom. Joining the Queen Diva are fellow New Orleans natives Sweet Crude, whose poppy indie rock is certainly quite a bit different, but offers yet another great representation of NOLA’s eclectic regional scene. Snag tickets here and show up early!

Big Freedia and Sweet Crude will perform tonight, Sept. 6 at Cannery Balloom. The show is 18+, begins at 9 p.m. (doors at 8 p.m.), and tickets are available to purchase for $25.