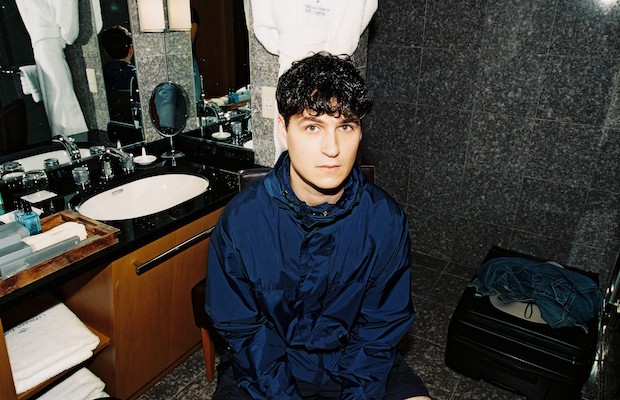 It’s now been over a decade since New York’s Vampire Weekend took the world by storm with their eponymous debut LP, released to an unbelievable mountain of hype just a few short years after first meeting and forming the band while students at Columbia. Back then, the power of blog buzz and the fever pitch of hipster culture and indie rock appetite was enough to land the group on the cover of SPIN before ever releasing an album. Though their first effort was certainly a masterpiece, and helped make them poster boys for that particular late aughts musical area, VW always felt more like a right place, right time sort of band more than a reaction to the indie scene. With baroque pop and world beat tones, their sound immediately set them apart, and while bookish and literary, any sense of pretension the band embodied felt earned and natural, not put-on for the purpose of seeming interesting. 2010’s Contra proved that the breakout success and broad pop accessibility of their first album was no fluke, and by 2013’s Modern Vampires in the City, the group had spent half a decade cementing their legacy as one of this generation’s finest indie acts, regularly earning top-line spots at festivals and playing big venues around the globe.

In recent years, however, indie rock’s boom has faded, seminal founding member Rostam Batmanglij has departed (though remains a creative collaborator), and Vampire Weekend have been uncharacteristically silent, save the occasional interview where, for years, they promised LP4 was in the works, even dropping tantalizing details like a “Kacey Musgraves influence” and a more springtime feel. Finally, last year, the band began mounting a proper comeback, first playing a handful of shows, and eventually announcing their long-awaited fourth album, Father of the Bride, which finally arrived May 10 on new label home Columbia, preempted by a series of great new tunes, “Harmony Hall,” “2021,” “Sunflower,” “Big Blue,” “This Life,” and “Unbearably White.” For some bands, such a period of inactivity might diminish their steam, but for Vampire Weekend, who, again, never really fit in with many of their indie rock peers who’ve long since faded, they return bigger than ever, currently in the midst of massive North American tour which includes some of the largest venues of their career, including a stop tonight, June 18 stop at Ascend Amphitheater, their first show in Nashville since 2013.

Given the weird, wonderful, poppy, and masterful work that is their latest release, technically a double album, boasting a murder’s row of great collaborators, and channeling more diverse influences (weaving between styles a la The Beatles’ White Album) and self-referential elements than any of their three LPs prior, it’s no surprise that the show, which features LA soul/psych rock outfit Chicano Batman in the opening spot, has been selling fast. However, a handful of tickets at each price level still remain while they last right here! Sure to be one of the most memorable shows of 2019, whether you’re an OG Vampire Weekend fan or just now coming on with their stellar new album, this Music City return is a performance you don’t want to miss!

Vampire Weekend and Chicano Batman will perform tonight, June 18 at Ascend Amphitheater. The show is all ages, begins at 7:30 p.m. (6 p.m. gates), and tickets are available to purchase for $35-75.