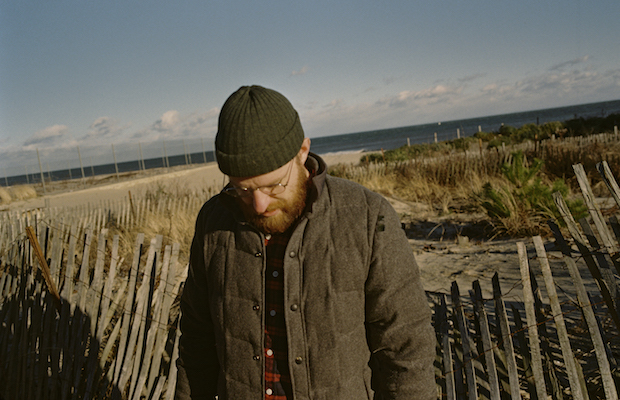 We’ve written often in the past about our affinity for Philadelphia pop punk outfit The Wonder Years, who, across six albums, spanning more than a decade, have asserted themselves as one of the most thoughtful, emotionally vulnerable, and substantive bands in the modern punk scene. Frontman Dan “Soupy” Campbell, especially, has honed a knack for his smart, literary, resonant, and poetic lyrical prowess, drawing from deeply personal and confessional feelings and life experiences.

Since 2014, Campbell has also made music under a solo side project he’s dubbed Aaron West and the Roaring Twenties. So much more than a typical “frontman explores new musical outlet,” however, the endeavor is self-described as “a character study conducted through music,” which sees Campbell crafting a rich, fully-realized, elaborate, and meticulosity thought-out backstory for a character named Aaron West, a Brooklynite with a tragic backstory, then assuming his identity as songwriter and performer, producing folky, stripped-down heartland rock meets semi-acoustic indie punk, all in character (even in concert).

A 2014 debut, We Don’t Have Each Other, provided a strong and smart introduction to Aaron West, and an EP, Bittersweet, in 2016, further honed the project. This year’s latest full-length, Routine Maintenance feels just as smart, refined, and true to the spirit of Aaron West, channeling bits of Campbell’s other band, but keeping enough personality and distinct identity to truly feel like its own, district perspective- just as authentic and true as his songs that are true, but from a fully-realized fictional persona.

Tonight, June 6, Campbell and his backing band will bring Aaron West and the Roaring Twenties back to Nashville for their biggest local headliner year, at The Basement East! Boasting some excellent support, they’ll be joined by Pronoun, the musical vehicle of Brooklyn’s Alyse Vellturo, whose hypnotic sound is fast making her a must-know artist, and who made a strong debut in 2016 with her stellar EP There’s No One New Around You, and recently dropped a stunning debut full-length, I’ll Show You Stronger, that we’re currently obsessed with. And opening things up is Diva Sweetly, an up and coming indie power pop outfit from North Carolina, whose recent debut LP, In the Living Room, is one of the year’s best underground efforts! Head here for tickets, and preview all the performers below.

Aaron West and the Roaring Twenties, Pronoun, Diva Sweetly will perform tonight, June 6 at The Basement East. The show is all ages, being at 7:30pm (doors at 6:30pm), and tickets are available to purchase for $17.