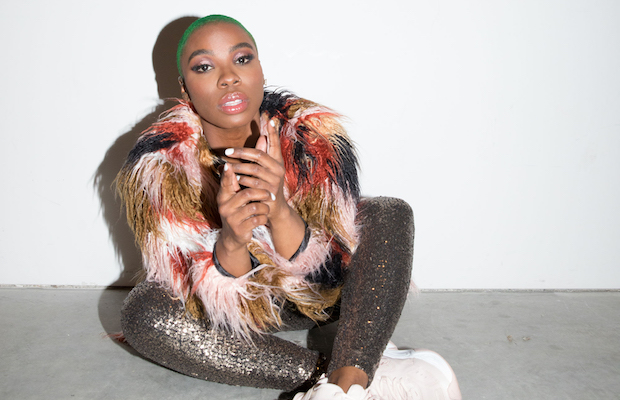 While many, especially locals, might best know Jessy Wilson as one half of former blues rock group Muddy Magnolias, her musical origins trace back many years prior, and her newfound identity as a solo artist, kickstarted by her recent debut LP Phase, is worth getting even more excited about. Born in Brooklyn, Wilson was raised on classic r&b and soul, later discovering more contemporary r&b and hip hop, and honing her powerful voice and soulful stylings at a young age. She got her start singing Off Broadway as a kid, eventually transitioning into becoming a background vocalist, touring and recording for several years with Alicia Keys, and collaborating with huge artists like Usher, Kanye West, Faith Hill, Macy Gray, and John Legend, the latter of whom became her mentor as she shifted her focus to becoming a full-time songwriter.

After moving to Nashville in 2013, absorbing the rock, blues, and roots tradition of the south, Wilson met former bandmate Kallie North, and formed Muddy Magnolias to swift acclaim, earning buzz at the 2014 CMA Fest, attracting national press, making festival rounds and performing with huge artists like Gary Clark Jr. and Grace Potter, and eventually releasing their one and only LP, Broken People, though Third Man in 2016. After the duo disbanded a year later, Jessy began shifting her focus to making music as a solo artist (though also still making time for features- she’s all over Tyler, the Creator’s fantastic new record), eventually teaming up with Black Keys drummer Patrick Carney, who helped write, produce, and perform on Phase. The most pure, eclectic, and wide ranging representation of Jessy Wilson as an artist thus far, the LP bridges classic soul with contemporary hip hop and r&b grooves, rounded out by blues and psych rock instrumentation and anchored by Wilson’s powerhouse vocals. It is, to say the least, a stunning solo introduction, and makes Jessy’s campground performance feel like the most essential happening outside of Centeroo all weekend.