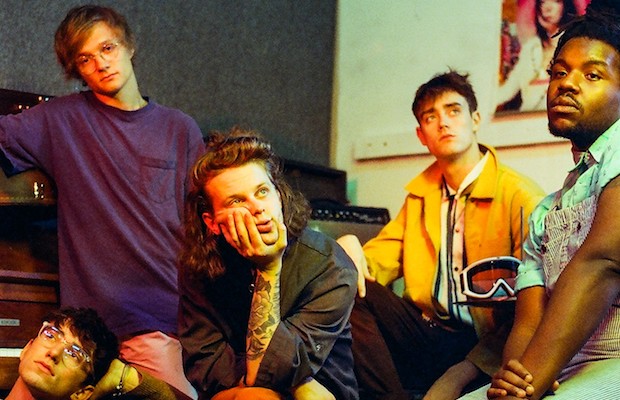 Hailing from St. Paul, Minnesota, the members of Hippo Campus met while attending high school at the Saint Paul Conservatory for Performing Artists, where they took part in various other projects before focusing their energy on the poppy, upbeat, and melodically dense flavor of indie rock that has helped the group become a breakout act in just a few short years. Since 2014 debut EP Bashful Creatures, and especially with the following year’s South, Hippo Campus have earned spots supporting the likes of Modest Mouse, My Morning Jacket, The Mowgli’s, JR JR, Sylvan Esso, and Walk the Moon, earning media praise, radio play, festival appearances Lollapalooza, Sasquatch, and countless others), and even late night television spots, also debuting at Bonnaroo in 2017 with an impressive tent stage performance.

Fast becoming one of the most popular new indie acts around, Hippo Campus released their debut full-length landmark in 2017 to widespread acclaim, catapulting them to more high-profile performances and mainstream recognition, and scoring a string of well-received singles. Since swiftly following it up with their more experimental and mature sophomore effort, Bambi, the following year, the band have been enjoying a continued wave of buzz thanks to the quick succession of two strong, focused, and pop primed LPs, harnessing their stylish sound live to provide a dense, polished, and hypnotic live show. Spring-boarding off their newfound fame, the band, who would’ve been Club Stage sized just a few years ago, return Bonnaroo as a truly hot commodity, and their upgrade to an huge, mid-weekend Which Stage set is no surprise. Whether you’re a long-time fan or you’re interested to see what all the hype is about, the young, breakout group definitely warrant a spot on your schedule!