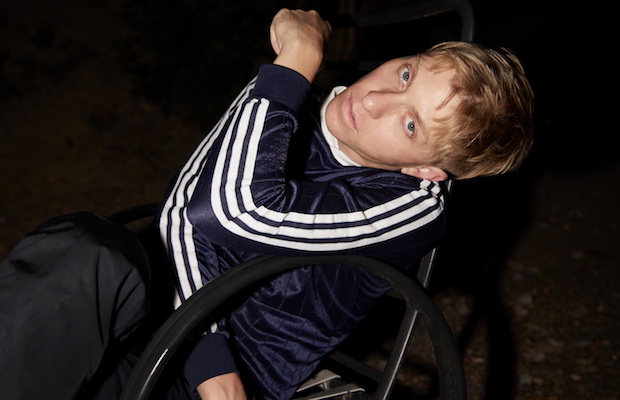 Initially a full band, then a duo, and, now, for the past few years and beginning with 2017 fourth effort Abysmal Thoughts, a solo vehicle for frontman and founder Jonathan Pierce, Brooklyn outfit The Drums first came into existence just over a decade ago, and rose to acclaim in the late ’00s with their stylish, dreamy, post-punk, surf, and new wave infused indie pop sound, quickly embraced by outlets like Pitchfork, NME, and the BBC at the height of indie rock’s popular resurgence. Now, two years after first taking a solo turn, Pierce has crafted The Drums’ most personal, raw, dark, and earnest effort to date with recent LP Brutalism, a necessary exercise in self-care, written after a painful divorce and an isolated stint living alone in Los Angeles, prompting the multifaceted musician to reckon with his own mental health, and to pour himself into his creative outlet, serving as a co-producer, and allowing The Drums’ music to explore new, darker, and more organic sonic territories, while still staying rooted to the project’s pop roots.

Out in support, The Drums- Pierce and his live backing band- return to Nashville for the first time in two years for a performance tonight, May 14 at Exit/In. Joining for support is eclectic Oakland alt/indie breakout project Tanukichan, the musical vehicle of multi-instrumentalist Hannah van Loon, who’s been attracting critical acclaim for her dreamy, layered music for several years, and earned widespread praise for last year’s debut full-length, Sundays. A perfect complement to The Drums, this is a show you absolutely will want to arrive early for, and tickets are still available right here while they last!

The Ataris, The End, Tonight in Nashville