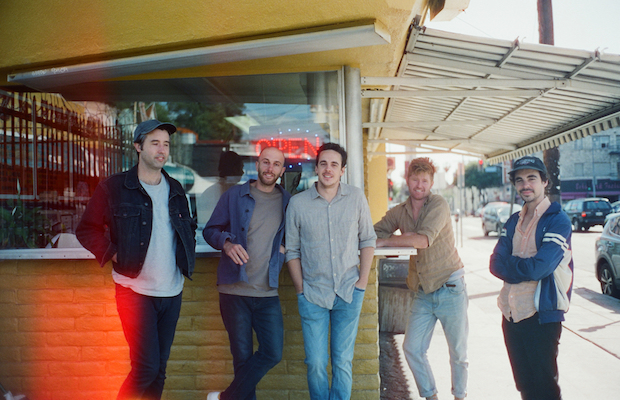 Though poppy, jangly, nostalgic Australian indie rock outfit Rolling Blackouts Coastal Fever formally came together in 2013 in Melbourne, the group’s core trio of songwriters and co-frontmen, Fran Keaney, Tom Russo, Joe White, had already been friends for years, performing together in various groups since their high school days, and initially approaching RBCF as something of a songwriting collective. The addition of Tom’s brother Joe Russo on bass and Joe’s housemate Marcel Tussie on drums rounded out their lineup as a full band, and after gaining some early attention playing DIY spaces around their hometown, they self-released their first EP, Talk Tight, in 2015, with a wider release through indie label Ivy League the following year.

By 2017 EP The French Press, the band had inked a deal with Sub Pop, who helped them reach a wider audience, drawing critical acclaim for their early work (and especially the EP’s title track), and praised for their punk-tinged, wistfully poppy, personal though sometimes sarcastic fusion of retro power pop, ’80s and ’90s college rock, and modern indie, channeling acts like The Go-Betweens, old school R.E.M., the more jangly elements of The Smiths, and the laid back and layered modern indie rock of peers like Courtney Barnett. Last year’s full-length debut, Hope Downs, attracted just as much praise, tracked live and expertly capturing the band’s breezy, thoughtful, and rich stylings. While they’re still certainly an act on the rise, Rolling Blackouts have managed to connect with even bigger crowds stateside than in Australia or New Zealand, and though they’re just one of many indie acts on the Bonnaroo bill this year, their unique blend of influences and personal dynamic set them apart in a way that makes them one of the most compelling and cool performers all weekend. They’re a top Thursday pick for us, and certainly a band you need in your life immediately.