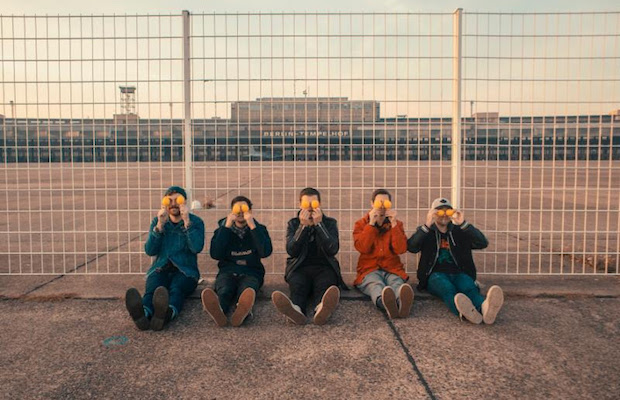 Since first coming together in 2011 in Ontario, Canada, and finding a larger audience throughout the middle of the the decade following their debut LP, 2013’s Hosers, 2015 sophomore effort Colour Blind, and thanks to nonstop touring with acts like Simple Plan, Sum 41, The Wonder Years, Four Year Strong, State Champs, Neck Deep, Bayside, Knucklepuck, Hit The Lights, Sorority Noise, and as part of the Vans Warped Tour, emo-tinged pop punks Seaway have managed to carve out a niche that calls back to the carefree, fun-loving lighthearted pop punk vibe of the early ’00s, organically becoming a fixture in the modern scene along the way.

Though they’ve been a pop punk staple for several years, the group’s third LP, Vacation, in 2017, managed to capture a more resonant, refined, and earnest sound, still striking a balance with fun and pop accessibility, but earning more widespread critical acclaim, and helping propel the band to broader fame. It makes sense then, that the workhorse touring act are only just now making their proper Nashville headlining debut, with a performance tonight, May 1 at Exit/In, out in support of their new b-sides and rarities collection Fresh Produce.

And while Seaway alone are worth making this show a priority, the rest of lineup is every bit as enticing, boasting Nashville’s own breakout emo outfit Free Throw as direct support. Regular readers know we’ve been raving about them for years, and with the recent release of their third and best LP so far, What’s Past Is Prologue, it’s an exciting time to see one of Nashville’s best indie punk exports. Cleveland indie/emo up and comers Heart Attack Man and New York pop punks Young Culture round things out, all of whom would be worth the cost of admission on their own, and you can still get tickets right here! Preview all the performers below.