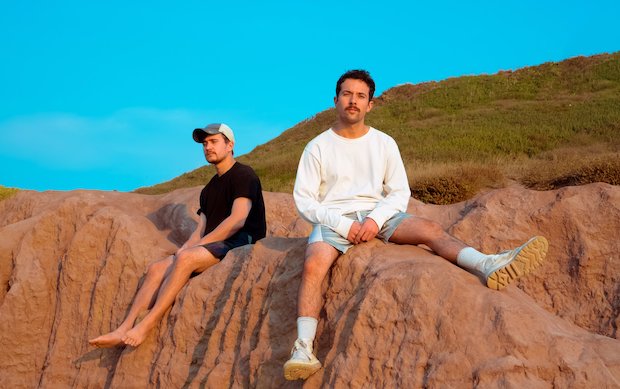 Filmed in Topanga Canyon near Malibu, CA and small desert town Daggett, CA, the music video recalls how Star Trek frequently filmed in the California desert. Macaluso says, “I was born in Las Vegas, NV, and have always thought the Mojave Desert scenery to be very thought-provoking. There’s something about its barrenness and stark contrast to the other parts of the country that is fascinating to me. It really looks like another part of the world—even another planet.”

“We are heavily influenced by all the short films Daft Punk have produced to coincide with their albums,” Macaluso says, “and for this we sorta combined concepts from both ‘Interstella 5555′ and ‘Electroma,’ deriving contact with aliens in the former, and the location/scenery of the west in the latter.” The full realization of this vision is brought to life by Marshall Magic’s creative friend circle. Christine Estes stars in the piece, Sam Vins, who works under the moniker greywood, filmed the entire video, and Ben Kozak co-produced.

Watch the video for Marshall Magic’s “The View” below.